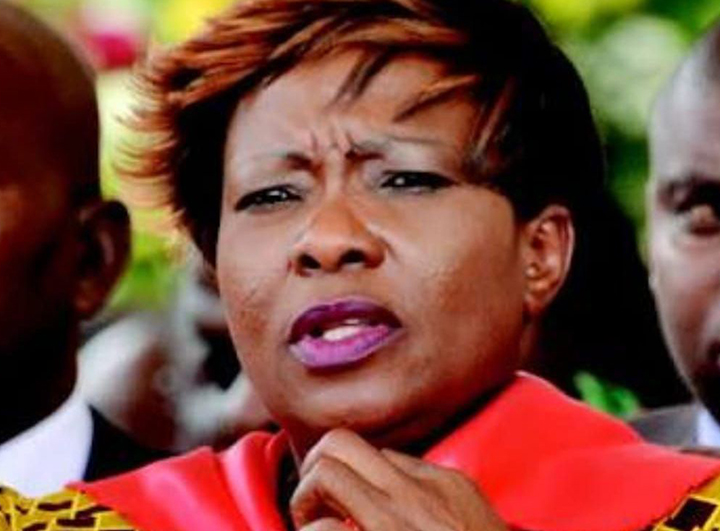 The claim is contained in ZPP’s monthly monitoring report.

The human rights organisation said cases of human rights perpetrated by State security agents and municipal police across the country had increased since the start of the lockdown to control the spread of the COVID-19 pandemic in the country at the end of March.

“One of the cases is a very unfortunate incident where an eight-year boy panicked and collapsed after he and his friends were reportedly intimidated by some army officers who were providing security during the First Lady Auxillia Mnangagwa’s visit in Mudzi North in Mashonaland East province,” ZPP said in the report released Wednesday

Mnangagwa is known for travelling across the country through her Angel of Hope Foundation donating aid to vulnerable communities.

Meanwhile, the ZPP has said while State security agents have a mandate of maintaining order during lockdown, police, army and local councils officers had turned out to be the major source of human rights violations.

“Despite being deployed without proper protective clothing, the Zimbabwe Republic Police, the municipal police, and the army, unfortunately, proved once again, the need for security sector reforms, as they contributed to a combined 96.64% of all perpetrators during the month of April,” ZPP said.

“Of the total number of violations recorded, harassment and intimidation topped the list with 130 incidents while 86 cases of assault were recorded.

“Harare recorded the highest number of violations at 104, followed by Midlands, which had 52 cases. Manicaland, Mashonaland East and Masvingo provinces each recorded 25% of food and other aid violations. Harare, Matabeleland North and Midlands all share 8.33%.”

The ZPP said at the start of the lockdown, citizens were required to adhere to strict social distancing, but the situation was impossible due to the unavailability of safe, potable, running water in most urban areas.

“Therefore, images of mostly women queuing for water at public water points dominated both the first and the second phases of the lockdown.

“During the second phase of the lockdown, after the President (Emmerson Mnangagwa) announced two more weeks of restricted movement, local authorities, acting on a directive from government, began a process of demolishing informal sector work spaces, without adequate warning to those who operate in those spaces.

“The move further added misery to the already struggling informal sector operators, who had endured a good three weeks without operating, despite the nature of their work offering them hand to mouth income.”