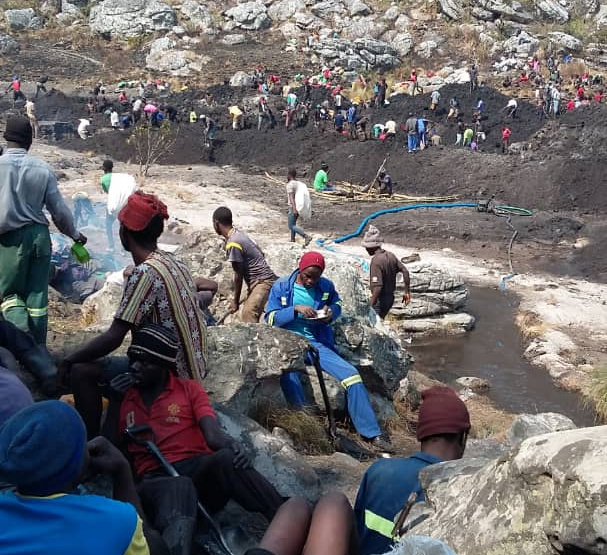 VILLAGERS in the Mudzi district’s gold-rich Makaha area here have made a passionate appeal to President Emmerson Mnangagwa to stop a Chinese rampaging Chinese-owned mining company from seizing their lucrative gold mine.

The villagers wrote Mnangagwa appealing for his intervention after the company, ZIMCN, invaded their mine last year.

The villagers also accused the mines ministry’s Mashonaland East provincial director of acting in bad faith and siding with the Chinese miners.

“After realising that that there was no neutrality by the office of the provincial mining director, coupled with the fact that days were going by without certainty as when the site visit would made, we realised that the provincial mining director was giving chance and space to the Chinese company to plunder our mining site,” the letter, signed by the villager’s leader, Felix Kativhu, reads.

The letter, seen by NewZimbabwe.com, indicated that the villagers have filed an application at the High Court seeking to bar ZIMCN from mining at the site but the matter was dismissed on a technicality.

“We then filed an urgent chamber application with the High Court and the matter was set down for the 4th of August 2021 before the Honourable Mr. Justice (Davison) Foroma. Notwithstanding that our application was well-founded; the court had to dismiss it on a technicality that we had cited the Chinese company as ZIMNC Investment instead of ZIMCN,” the letter reads.

“Collins Musarurwa, to whom we showed our official documents from the Ministry of Mines which establishes that the site is registered deceptively, Stanford Chasuka authorising the sale of the site that it was a homestead,” it further reads.

Musarurwa is the ZIMCN general manager. The mine’s directors are Yingdang Hi and Zhou Xi.

Contacted for comment, Musarurwa said the dispute between Venture Gold Mining and ZIMCN was resolved last year by the mines minister Winston Chitando.