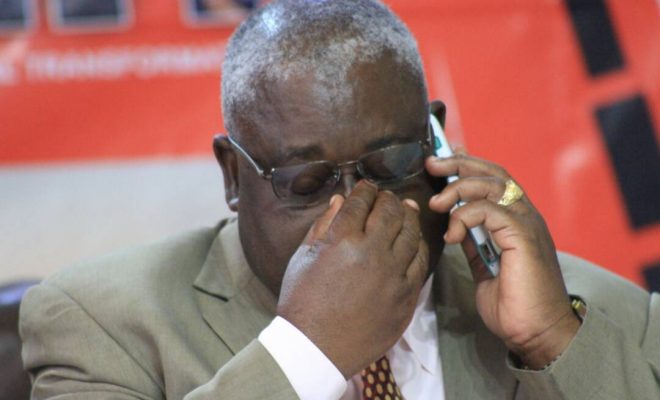 Pleading for prayers...Elias Mudzuri
Spread This News
By Costa Nkomo

OPPOSITION MDC-T official and senator Elias Mudzuri has revealed testing positive for Covid-19 while pleading for prayers after being hospitalised.

“Fellow Zimbabweans I wish to break the news to you that I have tested positive for COVID-19 and been admitted at a local hospital under the capable, caring & committed hospital staff which is a huge comfort for me. With my determination & your prayers I can beat this,” Mudzuri wrote.

Mudzuri is one of a handful prominent politicians who have bravely come out in the open about Covid-19 ailment since the outbreak in March this year.

Others include parliament’s health committee chairperson Ruth Labode who has since recovered as well as Youth and Sports deputy minister Tino Machakaire, among others.

Meanwhile, health authorities say a total of 7 576 Covid-19 cases have been confirmed in Zimbabwe 15 September 2020.