In a statement on the eve of the country’s 38 years of independence Tuesday, the Mugabe-backed National Patriotic Front (NPF) also accused the new Emmerson Mnangagwa regime of planning to dispossess previously disadvantaged locals of the wealth given to them by Mugabe during his tenure.

“As we celebrate our independence, we should be cognisant of the plight of those whose fathers, mothers, sons, and daughters were killed, internally and externally displaced, raped and maimed during the November 2017 coup.

“Our thoughts should be with those that were tortured, harassed and humiliated for trying to protect a constitutionally elected people’s government,” said the Zanu PF offshoot.

During his first ever public comments about his ouster last month Mugabe claimed that the military killed a lot of people who tried to repel the coup.

However, apart from the statements by the former leader and his backers, there has been no evidence put to the public domain to prove claims of death and rape. 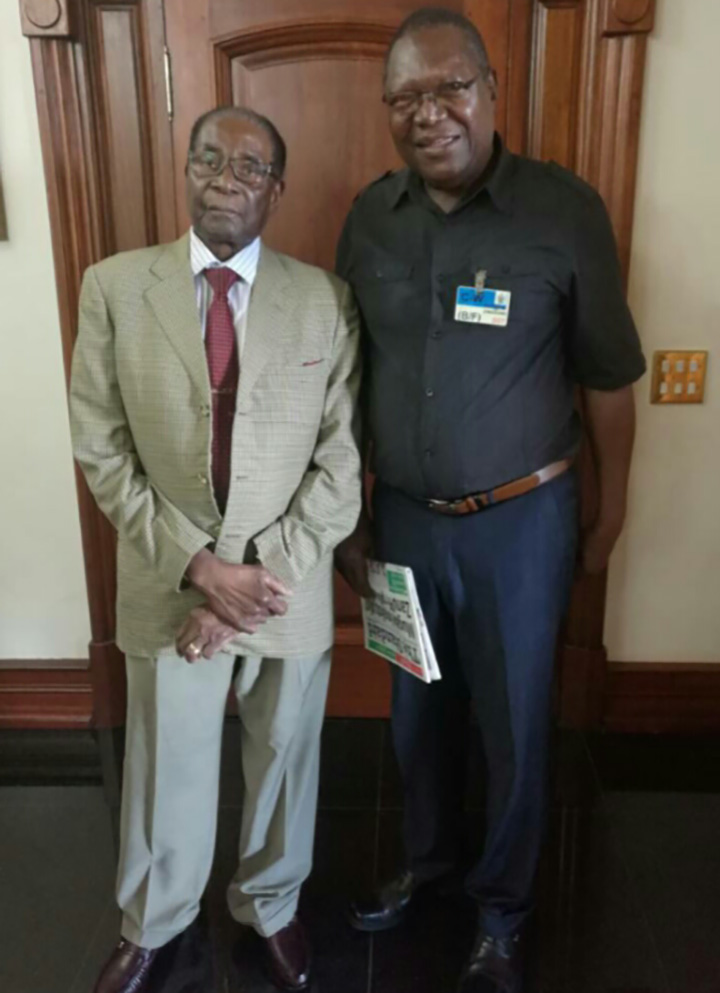 Meanwhile, in its Uhuru eve comments, NPF also accused the “coup plotters” of attempts to reverse Mugabe’s controversial empowerment drive while trying to curry favour with “our former colonisers”.

“It is sad that, as we celebrate our 38th year of self-determination, we are faced with the gloom reality of an illegal regime doing everything to reverse the land reform and indigenisation policies that had been set in motion as vehicles for creating a generation of black land owners and industrialists, all under the guise of a useless anecdote that ‘Zimbabwe is open for business’.”

“…We are aware that Zanu PF under Emmerson Mnangagwa is threatening to take away land from resettled black farmers and hand it back to former white farmers.”

Since ascending to the top job, President Mnangagwa has attended some international business forums in attempts to woo foreign business owners to come and invest in the country.

The new leader has championed his drive with the mantra, “Zimbabwe is open for business”, something that NPF rubbished as a ploy to surrender the country’s resources to foreigners.

“We understand the importance of foreign direct investment, but we believe that a domestic debt of $11bn, compared to $5bn external, there is empirical capacity by our local investors to put money into our economy should the right environment and incentives obtain.

“Therefore, Zimbabwe should be open for business, first to the locals (indigenisation) before opportunities are sold out to foreigners for quick loot to line pockets that have been looting diamonds, gold and platinum,” said NPF.

The fledgling opposition party also scorned the country’s new rulers of failing to end the cash crisis that has dogged the country since 2015.

“Today we should come to our senses and realise that an illegitimate and illegal government cannot proffer solutions to the cash crisis.

“It cannot build new road and railway infrastructure because it has no mandate to do those things.”

The sentiments by the party could however be contrary to the national mood as Mugabe has been singled out by locals as the main cause of the country’s economic collapse that has created massive joblessness, hunger, among other calamities.