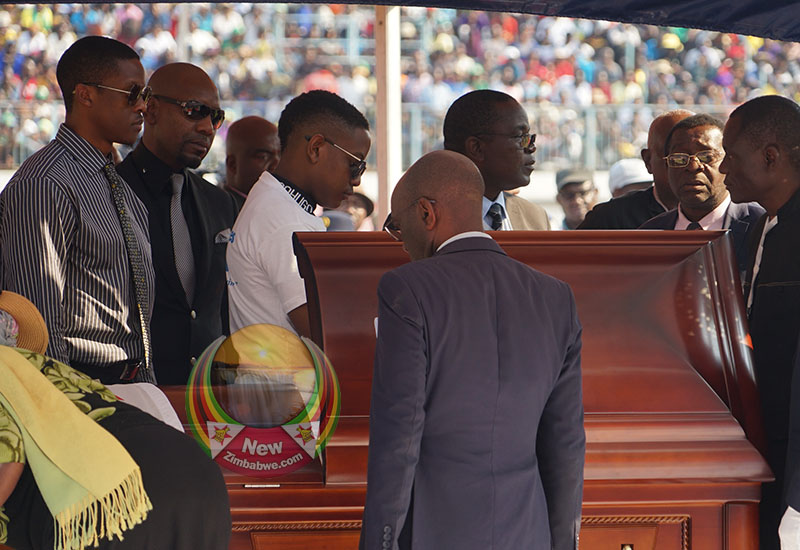 CHILDREN of the late Zimbabwe President, Robert Mugabe, have been granted authority to be part of proceedings in a matter involving the exhumation of their father by the High Court.

They maintained that the traditional leaders who ordered the exhumation of their father’s remains had no legal right to do so.

Bona and her siblings had appealed against Chief Zvimba, Stanely Mhondoro, who fined their mother, Grace, and ordered the exhumation of their father’s remains at Chinhoyi Magistrates Court last year.

Magistrate Ruth Moyo trashed their appeal after ruling that they were not part of proceedings at the lower court.

The magistrate said the three had no legal standing to appeal against a judgement against their mother, Grace.

They then appealed at the High Court.

Judges of appeal, Justices Amy Tsanga and Fatima Maxwell, said the three have rights to be part of proceedings at law.

The judges also remitted the case back to the magistrates’ court for hearing.

“In the context of customary law, the court finds no absurdity in allowing any person aggrieved by a decision of a community court to appeal against it, even though the aggrieved person was not a party in proceedings before the community court,” the judges said.

“In the court below, appellants (Bona and siblings) stated that the orders of Chief Zvimba affect their personal proper fiduciary functions at law. That qualification removes them from the group of mere busy bodies,” they ruled.

The judges also said under customary law, the quest for justice is marked by procedural flexibility in permitting aggrieved parties, in any case, to access the court at any time.

“As courts, it is therefore important that we do not fall into the dangerous trap of downplaying these very positive procedural customary aspects by thrusting formalistic interpretations upon them. The court below erred in restricting the right of appeal to persons who were parties in proceedings before the community court,” the court ruled.

The siblings had submitted that they were competent litigants to institute an appeal based on their real and direct interest in the orders of Chief Zvimba, which affect their personal property.

The chief had found Grace guilty of violating burial rites and contempt of court.

Mhondoro fined her five cows and a goat, stating the livestock was for cleansing the country.

Manongovere insisted that the three had no rights to appeal on a case that involved their mother and not them.