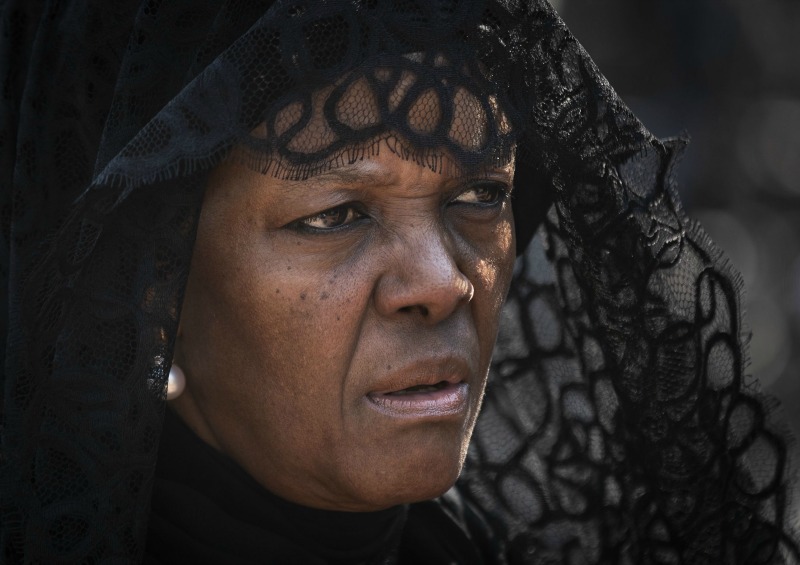 Grace told visiting South African opposition leader Julius Malema that Mugabe, despite having yet to be buried nearly three weeks after his death in Singapore aged 95, is “sleeping easy.”

“He is sleeping zvavo, he is just resting peacefully,” Grace Mugabe told Malema in a very faint voice.

Malema, who landed at RGM International Airport at 11 am and was whisked away to Blue Roof, Mugabe’s private residence, spent about three hours in a closed door meeting with the former first family.

Later, the Mugabe family and Malema’s EFF delegation had lunch with Grace, opting just to have Sadza, plain green vegetables and a pie.

A visit by Malema also put to rest speculation that the local chiefs had buried the former strongman’s remains at a secret place in his rural home in Zvimba.

The EFF leader also paid tribute to Grace Mugabe, describing her as a strong woman.

“I came to pay my condolences on behalf of the people of South Africa and particularly the EFF. To thank Mrs Mugabe for having looked after President Mugabe until the last minute. We had to tell her in person that we are very proud of her,” Malema told journalists.

“She serves as an inspiration to a lot of us and that she must protect President Mugabe’s legacy with everything against any form of opportunism by those who want to ride behind his illustrious deeds. And we were giving her our support,” he said.