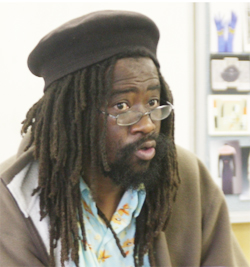 FOR a good part of his 33 years in power, Robert Mugabe has presided over a ruthless dictatorship; from the thousands killed in the 1980s Gukurahundi massacres and misery for millions under ESAP, Operation Murambatsvina and hyper-inflation of 2008. Yet in the 31st July elections, endorsed by SADC and AU, the 89 year old ruler annihilated the hitherto iconic working class leader Morgan Tsvangirai and his MDC-T, who beat him in March 2008. Mugabe got 61% to Tsvangirai’s 34%. Zanu PF won a 76% parliamentary majority, enough to re-write the new constitution and doing better than it did in 1980. What happened?
Wabi wedu wakawarairwa nezamu muGNU wakakangamwa vanhu. The working class is deeply pained by this tsunami, and many are tempted to go for the easy answer that MDC merely lost because of rigging. That there was intimidation, an uneven terrain and some manipulation or rigging through the voters roll may be true, but the massive scale of the MDC’s defeat points to other and deeper reasons. To recover and move forward working people need to have an honest analysis to understand such factors.
Referendum dress rehearsal
An MDC defeat had become predictable. A poll in mid 2012 sponsored by American think-tank, Freedom House, showed a dramatic fall in  MDC-T support from 38% to 19%, and that of Zanu PF rising from 17%  to 31%. The massive turn out in the Referendum in Zanu PF strongholds, huge Mugabe rallies and primary elections, all showed that Zanu PF had recovered and that its June 2008 Presidential Run-Off terror machinery was still intact.
Tsvangirai foolishly attacked the Vote Nos as “nhinhi” when they raised the issues of an unfair terrain, biased state media and judiciary, not realizing that Mugabe was using the Referendum as a dress rehearsal.
As Tsvangirai and his ministers were busy telling the world that they were lucky to be Mugabe’s apprentices, war veterans leader Jabulani Sibanda camped for a year in Masvingo terrorizing villagers. Then the MDC’s made a huge blunder in pushing for ward-based polling and counting of ballots. This terribly exposed rural opposition voters to intimidation. With no protection from MDC and aware of June 2008, many rural people voted for their security.
Unlike 2008 Zanu PF came into this election as a cohesive unit around its “bhora mughedi” theme. Zanu PF had its most democratic primary elections ever, resulting in popular local candidates running, many of whom, small capitalists who had been on the ground sponsoring local projects. Tsvangirai blundered by protecting unpopular incumbents, of up to three terms but hardly visible in their constituencies. MDC wrongly assumed that the 2008 protest vote, which was driven by economic melt-down would continue. Tsvangirai’s own sex scandals and the corruption of MDC-run councils did not help.Advertisement