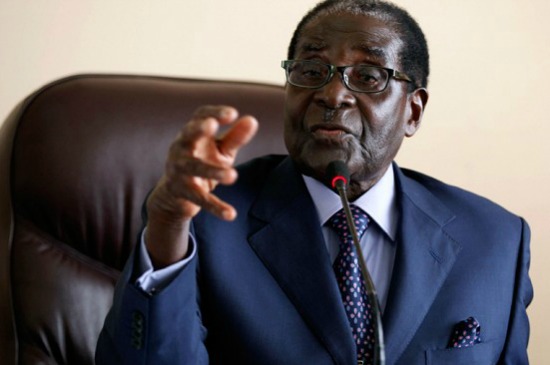 HARARE: South African businesses in Zimbabwe were safe and there was need for the two Southern African neighbours to improve the flow of investments in both directions, Zimbabwe President Robert Mugabe said on Thursday.
In his opening remarks at the official opening of the inaugural session of the Zimbabwe-South Africa Bi-national Commission in Harare, Mugabe said beneficiation and value addition of products offered the two countries vast opportunities for joint ventures and investment partnerships.
“I wish to assure South African businesspeople that their investments are safe here in Zimbabwe. We wish to see more South African investments here, as much as we wish to also see more Zimbabwean investments in South Africa,” he said.
He said businesspeople in the two nations, whose bilateral relations date back to the colonial era, should look beyond the exchange of goods and services, adding they should be empowered to compete in the national and regional markets.
Mugabe, however, expressed concern that a number of the 38 agreements and Memoranda of Understanding inked since the signing of the Joint Commission for Co-operation in 1995, had not been implemented.
Among these was the agreement in 2009 to establish a One-Stop Border Post at Beitbridge, which Mugabe said was gathering dust despite its importance to trade between the two countries.
“A major priority among these is to ensure the optimal operation of the Beitbridge border through the establishment of a One-Stop Border Post at this key bilateral and regional transit point,” he said.
South African President Jacob Zuma said the two countries should utilise the bi-national commission to provide a strategic impetus to drive their co-operation to higher levels.
“We must work together to explore a variety of issues to further deepen our co-operation,” Zuma said.
He said there was a need to pay particular attention to economic co-operation, adding that business stood ready to play their part if governments played their part in improving the ease of doing business.
Zuma said there was a need for the free flow of goods and to get rid of policy uncertainty that discouraged investors.
The two countries signed the Bilateral Air Services Agreement, with Dipuo Peters, SA’s Minister of Transport, and her Zimbabwean counterpart, Joram Gumbo, signing on behalf of their governments.Advertisement