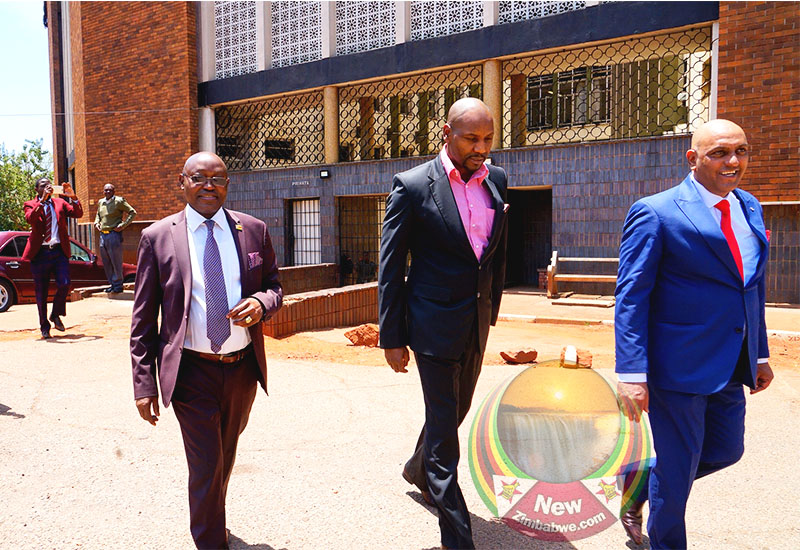 SIMBA Chikore, son-in-law to former President Robert Mugabe, was Tuesday granted $30 bail after his court appearance on allegations of unlawfully detaining in his office an Air Zimbabwe employee.

Chikore, 41, who came to court accompanied by his wife Bona and a few other unfamiliar companions, was also ordered not to interfere with witnesses and to continue residing at his Mt Pleasant home.

“Bail is now a right to everyone. It can only be denied when there are compelling reasons. In this case, none were given by the state,” ruled Harare magistrate Elisha Singano.

The court also said there was no point further detaining Chikore considering that his accomplices in the kidnapping allegations were already admitted to bail.

Chikore is being accused of “unlawful detention as defined in section 93 (1) of the Criminal Law (Coordination and Reform) Act Chapter 9:23”.

According to a Request for Remand form which also outlined Chikore’s alleged offence, “allegations are that on date, 7 June 2018 at Zimbabwe Airways Pvt Ltd, at Chishawasha Hills…

“… the accused hatched a plan and connived with Simbarashe Mutimbe who is already on remand and acted in common purpose to unlawfully detain and deprive Bertha Tsitsi Zakeyo, a female adult, of her freedom of bodily movement by refusing her to exit her workplace at Zimbabwe Airways Private Limited premises for four hours against her will.”

Chikore was remanded to 7 November while witnesses have been lined up to testify in the matter.

His lawyer Jonathan Samukange gave notice to the State that they would to challenge placement on remand on the next appearance.