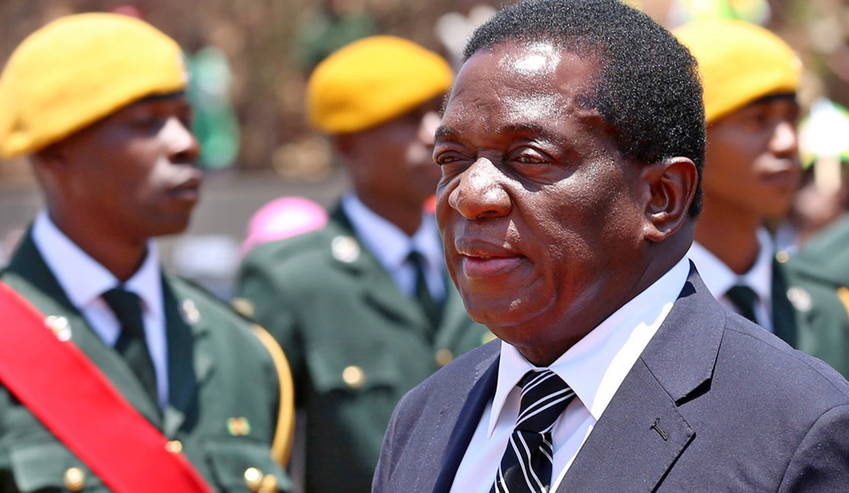 MUTARE: Former President Robert Mugabe’s election strategy to parcel out stands to youths is now backfiring as youths who were fleeced of their hard earned cash are now demanding refund from President Emmerson Mnangagwa’s government.

Before his ouster by the military in November last year, Mugabe side-lined war veterans and roped in youths in his campaign trail dubbed Youth Interface Rallies.

The former president pledged to doll out residential stands to all the party youths as part of his grand plan to lure young people to vote for him.

Youths were told that they were going to access the residential stands at rock bottom prices.

In some parts of Manicaland, desperate youths had to part with their earned cash to pay deposit for the stands.

However, the funds which were meant for the servicing the stands disappeared after the former Manicaland Zanu PF provincial chairperson Mubuso Chinguno and his executive allegedly embezzled over $400 000.

Mubuso is now a fugitive and is believed to be holed up in Lesotho.

It is reported that Mubuso and his colleagues opened some briefcase companies which were awarded tenders to service and peg stands but nothing materialized.

However, youths from Mutare and Chipinge districts are now demanding refund from the new administration.

“We need the new youths’ executive led by Pupurai Togarepi to explain how the party is going to refund us our money. We can`t have people who looted our money walking scot free,” said one youth from Mutare district who declined to be named.

Another youth from Chipinge said the party must do something before the elections to compensate those who lost their money to the former youths’ executive.

“We are angry that nothing was done to those who stole from us. The party should just allocate us some stands and formalize the process before we go to polls or else some people will change their minds,” said the youth who spoke on condition of anonymity.

National Political Commissar for Youths, Godfrey Tsenengamu was at pains to explain to disgruntled youths that the party had clinched a deal to compensate those who lost out before the polls expected in July.

“We are aware that some of you lost money to crooks who lied that they were going to offer you stands. We have talked to the party leadership including Minister Monica Mutsvangwa that the land we have is the land that was fought for by our fallen heroes. We have agreed as a party that youths must be compensated.

“We asked that if we have land what is stopping us from allocating land to those who were robbed with immediate effect. Those who robbed our youths must be locked up and enjoy free prison meals so that the country knows that President Mnangagwa is serious about tackling corruption.