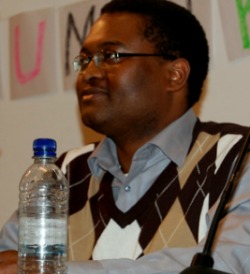 THE recent election of President Robert Mugabe as Chairman of the African Union, the continental body, has, unsurprisingly, drawn a mixed reception, both within and outside Zimbabwe. To his supporters, it’s a crowning glory for their hero who has championed the cause of Africa and the African all his life, but to his opponents, it’s a toxic moment which demonstrates everything that is wrong with the continental body.
President Mugabe is a big political character, indeed, a colossal figure who divides opinion in a manner that is unparalleled across the entire continent. And everyone seems to have an opinion about Mugabe. The AU Chairmanship is largely a ceremonial position, dutifully rotated among the five geo-political regions of the continent. It was Southern Africa’s turn and with President Mugabe as the SADC Chairman, it was long expected that he would take over as Chairman of the AU. The surprise would have been if he had been rejected as it would have been an embarrassing snub.
The fact that it was foreseeable and expected has not stopped his political allies and the State media screaming from the proverbial rooftops, announcing it as a major political achievement. This is not entirely surprising. For a country and a leader without much to celebrate in recent times, anything with a hint of positivity must be applauded.
Thus, ceremonial though it might be, to his ardent followers, this is a crowning moment for their political hero. But, as if to underline its symbolic significance, the ceremonial character of the post has not deterred his opponents from viewing it as a disgusting moment. Such diametrically opposed positions around Mugabe are the norm. He is a hero to some and a villain to others. But how did it come to all this?
Supporters of Mugabe, both within and outside Zimbabwe, revere him for his bold and stridently anti-imperialist stance. He has carved out a niche as the last of the supremely confident and defiant Pan-Africanist leaders from an earlier generation. Never mind the fact that his opponents accuse him of not practising what he preaches, Mugabe has presented himself as a champion of the struggles of African people, particularly against Western domination.  He is from the old school of African nationalists, indeed, most of his peers are either long dead or retired. He is 91 this year but he shows no signs of giving up. He still hopes to contest the 2018 elections, when he will be 94.Advertisement