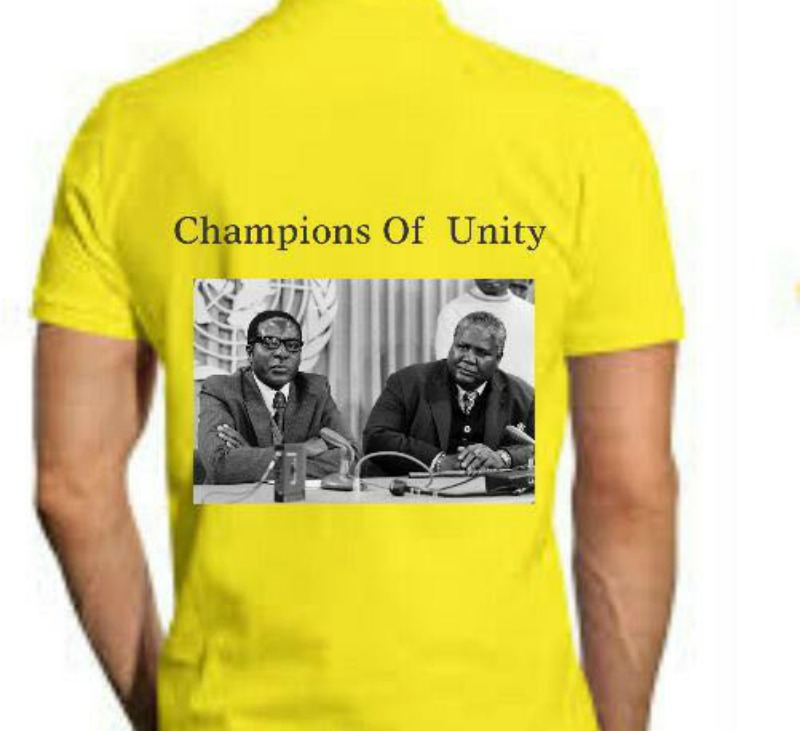 THE National Patriotic Front (NPF) has denied using the portraits on their campaign posters and T-shirts of the late nationalist Joshua Nkomo and former president Robert Mugabe to lure voters in the forthcoming general elections.

NPF was formed early this year and is being spearheaded by former ruling party members who were linked to the G40 faction and has blessings of the former president Mugabe. The party’s interim leader is former Zanu PF legislature Ambrose Mutinhiri.

One of its objectives is to “preserve the legacy of the liberation struggle” and is contesting in the 2018 general elections.

Mugabe who had been in power for 37 years was disposed last year through a military coup is linked to the new opposition party.

The late Nkomo, who was known as ‘Father Zimbabwe’, was the leader and founder of ZAPU and in 1987 signed the Unity Accord with Mugabe led Zanu PF to end genocide which left thousands of innocent civilians dead or maimed in the Midlands and Matebeleland regions.

He was later to become the vice president in a united Zanu PF and government.

Commenting on the use of the two revolutionaries on their campaign posters NPF spokesperson Jealousy Mawarire said it was because of the unity brought about by the two, Mugabe and Nkomo.

“We use that picture on the back of our t-shirts, representing the foundation of our nation state and the unity brought about by our founding fathers, champions of unity,” said Mawarire.

On whether the Nkomo family is in support of the late vice president’s portrait being part of the opposition material, Mawarire defended the move saying Nkomo is a national figure.

“His portrait is a national symbol, therefore anyone can use it to promote his legacy and advance the ideals he stood for, fought so hard to achieve,” he said.

“Therefore it is our duty as patriotic Zimbabweans, to promote his good works.”