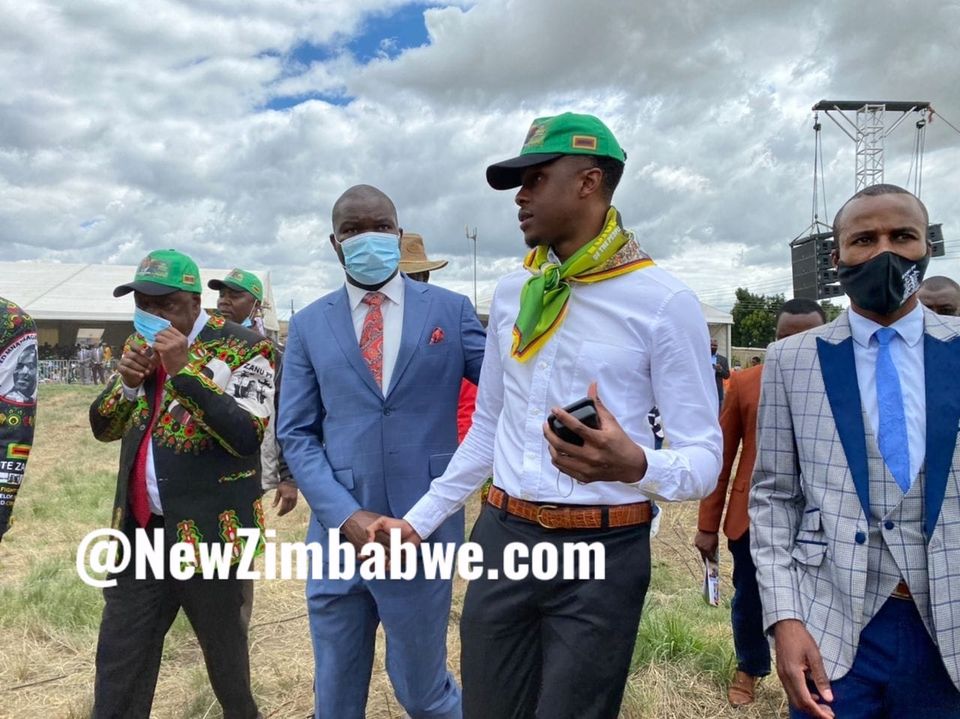 THE later former President Robert Mugabe’s son, Robert Mugabe Jnr, is set to contest for a leadership position in the Zanu PF youth league at its national conference to be held in May.

Zanu PF sources told NewZimbabwe.com, Robert Jnr is contemplating throwing his hat in the ring at the party youth league’s 7th national conference to run between May 4 and 8.

Zanu PF acting deputy secretary for youth Tendai Chirau was evasive when asked whether Robert Jnr would be eligible to stand.

“We will only know people who are interested after submission of CVs (curriculum vitae) which is done at DCC (district coordinating committee) and provincial levels. We haven’t yet received them. I wouldn’t know if he (Robert Jnr) is interested because it’s just like you have just finished ‘A’ Levels and you say you want to go to university when results are not yet out,” Chirau told NewZimbabwe.com Thursday.

However, sources within the party confirmed the late former president’s eldest son wants a bite of the cherry.

“Robert Jnr will be contesting for a post within the Youth League, which holds its elective conference beginning of May. He is laying the foundation for a fully-fledged political career in a bid to fill his father’s shoes.”

It is not clear, yet which position Robert Jnr is targeting, but sources say with Chirau now well above the constitutionally acknowledged youth bracket, he may as well be up for the ultimate prize.

The 30-year-old is rumoured to be eyeing a parliamentary seat in his home area of Zvimba West currently held by Justice Minister Ziyambi Ziyambi.

Robert Jnr later sat on the high table along with top government officials.

He was quoted saying: “I thought I should come and support the party. Like it’s a family tradition. Since I was born, the only thing I knew is Zanu PF. I am a Zanu PF child, and I have a Zanu PF soul. It is only right that I continue the legacy.”

Robert Junior was at one time named number four among Zimbabwe’s most influential young people in a survey conducted by the Zimbabwe Research Institute (ZRI).

Both have allegedly not served at district level for the required number of years.

According to a leaked Zanu PF memo, candidates have to be below 35 years old, registered voters, fully paid-up members who have served at least five years at district level, and without criminal records.

The league’s conference will see the election of a successor to Chirau, who confirmed he will not be seeking re-election as he was above the 35-years threshold.

The event would also be in preparation for October’s elective congress at which Mnangagwa expects endorsement as the party’s sole candidate for the 2023 presidential elections.