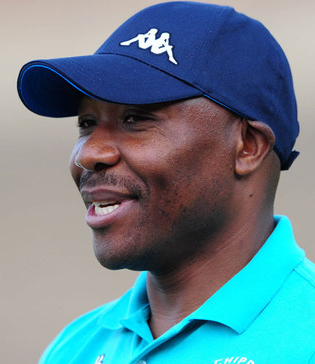 FORMER Zimbabwe international Wilfred Mugeyi believes Mamelodi Sundowns forward Khama Billiat is finally fulfilling his potential and that he wants to play in Europe.
Mugeyi hopes Billiat remain injury free as he is on top of his game this season.
“He wants to play in Europe and injuries have affected his progress,” Mugeyi told Goal.com.
“For him to play in Europe he has to perform for Sundowns, I hope he stays injury free.
“He is on top of his game at the moment. He is creating and scoring goals.
The 25-year-old Zimbabwean, who arrived in South Africa back in 2010, netted his eighth of the season in their most recent league clash against Orlando Pirates.
Billiat played a big part in his side’s scintillating run, with a return of five goals in the last six matches.
Mugeyi, who enjoyed the privilege of assessing Billiat’s talent at close quarters with Ajax Cape Town, is thrilled to see the star finally flourishing.
The former Urban Warriors star scored 21 league goals in 74 starts during his time Ajax to spark an intense bidding war for his services among the Absa Premiership’s top clubs.
“He has improved a lot; he is my favourite horse at the moment.
“He is one of the players that make Sundowns tick and he is enjoying his game.Advertisement