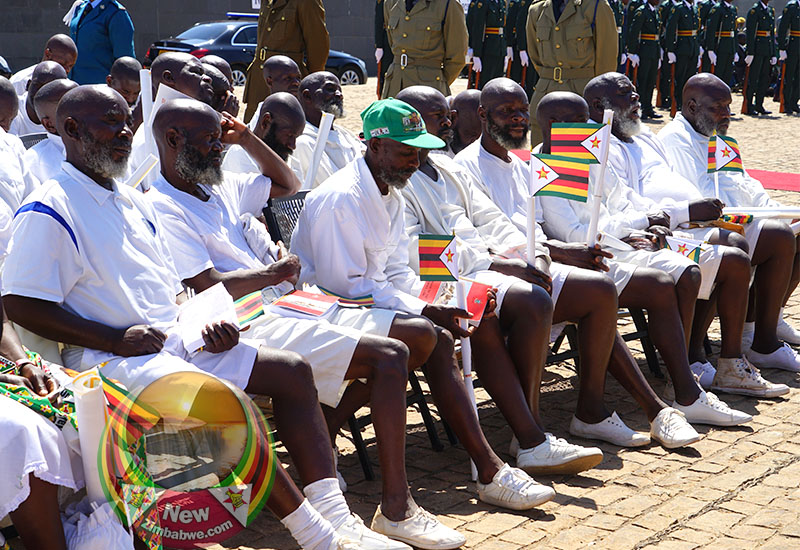 MUGODHI Apostolic Faith Church congregants are challenging a decision by the late Bishop, Tadewu Mugodhi’s son, Washington to take over the rein arguing he is not the lawful leader.

Washington was appointed the acting vice bishop by his late father when he was ailing, a move that was successfully challenged by the church through Tonie Sigauke, the church’s vice bishop in August this year.

The church has now filed a chamber application seeking an order authorising Sigauke to act as their leader in the interim.

Court papers show that Sigauke is the next leader according to the church’s constitution but Washington is imposing himself against a ruling by the High Court prohibiting his father to appoint him as his successor.

The late Mugodhi was supposed to be cleansed for seeking medication from a hospital against the church’s rules but he died before that process.

Following his death, his sons filed a Supreme Court appeal against the High Court’s ruling which had placed Sigauke as an interim leader.

The filing of the appeal technically suspended the operation of the interim relief but the church feels this was done for personal benefits.

“However, the appeal is frivolous and vexatious and has no prospects of success. It was made merely to frustrate the applicant and to prevent the implementation of the applicant’s constitution,” read part of the urgent chamber application.

In the application, the church said it is worrying to note that Washington who was cited as the first respondent is now imposing himself as the leader.

“Upon death of the bishop, on the 15th of October 2019, the first Respondent took over the affairs of the applicant conducting himself as vice bishop and now he is alleging that he is the bishop of the applicant.

“The first Respondent is now planning to be installed as bishop in January at his late father’s memorial service. There is now confusion and uncertainty within the church’s congregants and the provisions of the applicant’s constitution will continue to be violated,” the church’s affidavit filed through Muvingi and Mugadza Legal practitioners said.

“There is therefore potential prejudice and irreparable harm to the applicant if leave to execute pending appeal is refused as its constitution will continue to be violated.”

In last year’s chamber application the church accused the late bishop of visiting a hospital for treatment in February this year and not confessing before the church leaders so that he could be “forgiven” and accepted back into the church.

Mugodhi was also accused of making irrational decision because of a terminal illness.

His sons were also barred from interfering with the church’s operations.