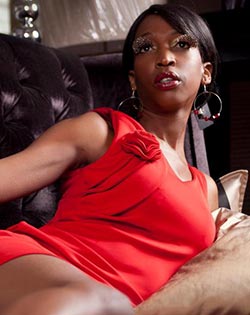 CONTROVERSIAL socialite Tinopona Katsande has joined calls for Acting President Joice Mujuru to be responsible and let the media do its work.
Katsande was responding to Mujuru’s comments that corruption should not be reported in the media as it has some negative impact on the Zanu PF government and its programmes.
Writing on her Facebook page, Katsande said that she was “hurt and livered” by what she called “straight atrocity upon our workforce”.
“Eish ndirikunetsekana ini with Mai Mujuru’s stance on #salarygate mufunge! I love my VP and my party but on this one I am struggling to see where she is coming from or indeed where she is going with this,” she wrote.
“Thing is we need to ALL wake up and smell the “hacha” – WE ARE NO LONGER in an “inclusive gvt” set up. Folks need to be held accountable. Let #transparency , # responsibility be our values from here on out. #VivaZimbabwe.”
She added that “Zuva nezuva tiri kumuka tichienda kumabasa , regardless what the job is so that we feed our families and in turn contribute to a better Zimbabwe”.
“I have since learnt that sometimes it is necessary to destroy in order to rebuild. Yes perhaps the “exposed” May not be prosecuted but they must be “exposed” and, where possible, removed.
“Zimbabwe is visibly hurt and livered. Its distracting us from our spirit of “onward march” so I implore the media to keep at it. It serves as a form of national healing in my book which we so desperately need (even tho folks may not wana talk about it).
Mujuru was quoted in the State media castigating the exposure of corrupt activities in parastatals and related companies in the media, arguing that this was the work of detractors bent on destroying Government and stall its programmes.
The opposition Movement for democratic change (MDC) party also said Mujuru should resign for condoning corruption in government and also be investigated
MDC-T spokesman, Douglas Mwonzora said Zimbabweans “from all walks of life must unite in spite of their political differences and fight corruption”.Advertisement