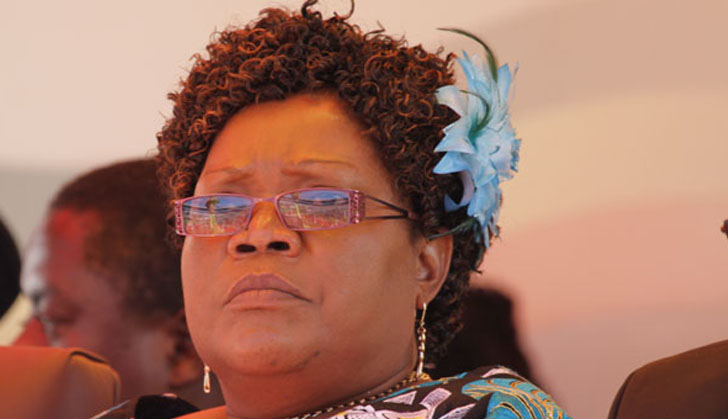 People’s Rainbow Coalition presidential candidate Joice Mujuru was in no show at her party’s rally in Victoria Falls on Sunday with signs she deliberately stayed away from the embarrassment of addressing a paltry crowd of about 200.

Sources said Mujuru was already in the resort town anticipating a big crowd but stayed away from the venue because of the small crowd.

Her campaign team kept updating her from Chinotimba Stadium until around 4PM when her deputy Samuel Sipepa Nkomo and Dzikamai Mavhaire arrived to address.

Nkomo, however, told the few supporters that Mujuru was attending to some emergencies caused by the blast that took place at White City Stadium in Bulawayo the previous day.

“As you may know, our leader Mujuru was supposed to be here but you know emergencies happen. There was a big emergency and as I speak she is driving to Victoria Falls because there was an emergency after some people were injured in Bulawayo yesterday,” he said referring to the explosion that occurred soon after President Mnangagwa had addressed Zanu PF supporters and was leaving the venue.

He apologized to the people saying Mujuru was going to address another rally in Jambezi Monday in the same Hwange Constituency.

Addressing the rally, Nkomo said the concept of provincial councils and devolution of power will ensure that locals should govern themselves and benefit from local resources.

He said this will also ensure that children are taught in their native language in school and not sent back home for non-payment of fees as that violates their rights.

Mavhaire said no one should be coerced to vote for any candidate or party as he also castigated state security agents for meddling in politics.