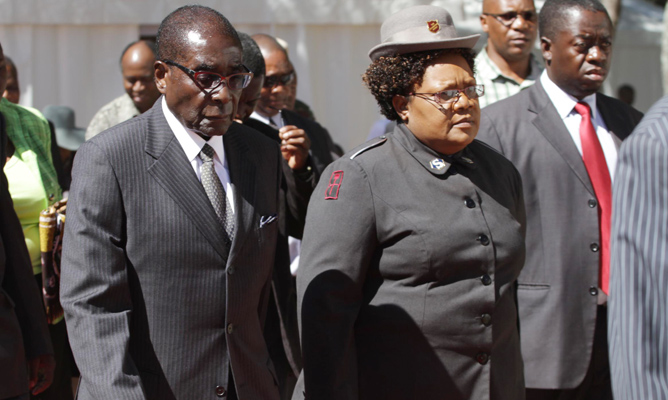 LAST week I came across a piece, “Till Mujuru’s sins be white as snow” written by one of the many shadowy columnists in the Herald newspaper under a banner “Radar”. My sources at the Herald told me it is none other than George Charamba, who now shuttles between Nathaniel Manheru and Radar, depending on which political opponents he would be wishing to attack.
The piece, which was premised on some rudimentary and often pathetic appreciation of the word of God as contained in Isaiah 1v 18 and such other verses that the author contrivingly tried to contextualise in his attack of Jealousy Mawarire and Dr Joice Mujuru, was a response to the articles I have done to put on record the truth about Dr Mujuru and the many allegations that have been wrongly advanced by her political foes especially from Zanu-PF and President Robert Mugabe’s many bootlickers.
Yes, there are griots, praise-singers around Mugabe who, after a session of unbridled blasphemous bootlicking, help themselves to national resources through outright theft, shady empowerment deals and some such murky activities whether its community share trusts, operationalisation of the indigenisation and economic empowerment act among the many looting vehicles that Mugabe and his bootlickers have put in place to expropriate national assets and the country’s natural resources, be it diamonds or even elephants, lions and rhinoceroses.
Mawarire’s crime, according to the “Radar Charamba”, is that he is “digging deep the archives and dusting up every piece of evidence that will exonerate his Joice. For this reason, Mawarire “is most likely blasphemous” because Dr Mujuru “most likely sinned against God, and he (Mawarire) cannot replace Him (God) and seek to wash her sins white.” Other than exhibiting doubt about the things he was writing about as shown by his continual use of the word “likely”, Radar Charamba admits that, indeed, evidence is replete which exonerates Mujuru from all the allegations levelled against her.
What is interesting, however, in Charamba’s “Radar” piece, is the admission that “Mawarire is digging deep the archives and dusting up every piece of evidence.” Charamba inadvertently admits that Mawarire is not cooking up or contriving some such evidence to exonerate Dr Mujuru from the many false allegations propagated by a coterie of Mugabe’s bootlickers. Admittedly, the evidence is there and what Mawarire is doing is just “digging deep the archives and dusting” it for all and sundry to see. And, surely, digging deep archives and coming up with evidence to exonerate my wrongly vilified principal is never blasphemous.Advertisement