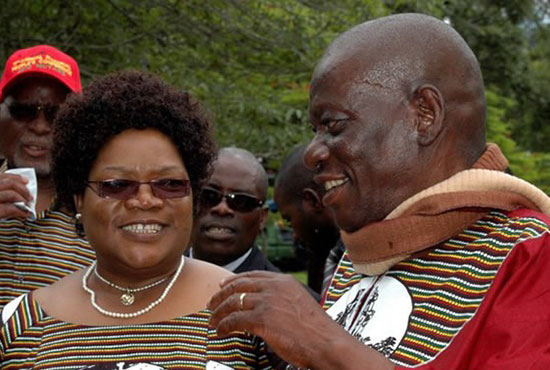 FOLLOWING my instalment last week in which I addressed the allegations of looting the war victims compensation fund, the Chiadzwa diamonds and the alleged complicity to political violence by Dr Joice Mujuru during her stint in Zanu-PF, I got several requests by readers that I address the alleged role that Dr Mujuru played in ‘denying’ businessman Strive Masiyiwa a licence to operate a cellular phone network.
The allegations against Dr Mujuru are that she, somehow, influenced government decision to award the licence to Telecel Zimbabwe (Pvt) Ltd because the person who fronted the Telecel bid, James Makamba, comes from the same province as her.
This allegation is based on pure ignorance on how the saga around the tender for Zimbabwe’s second cellular phone network punned out in as much as it has a limited appreciation of the relationship between Makamba, Mujuru and Masiyiwa.
It is trite to point out here that the three, Mujuru, Makamba and Masiyiwa all hail from Mashonaland Central Province therefore the allegation that Mujuru awarded Makamba the licence because he is a ‘homeboy’ does not hold water since both Makamba and Masiyiwa are Mujuru’s ‘homeboys’.
The second issue that comes out seems to suggest that there was bad blood between Mujuru and Masiyiwa and for this reason Mujuru remained intransigent and insisted that Masiyiwa would not get the licence.
Very few people know that it is, in fact, Mujuru who provided Masiyiwa with his first government contract when she awarded his company called Retrofit the contract to electrify Nembudziya Post Office in Gokwe.
It is also a fact that the decision that Zimbabwe was supposed to only have two mobile cellular networks was not a Mujuru decision but a cabinet resolution based on a technical report which Mujuru alleges did not give plausible reasons as to why the country was to have two cellular phone operators not three.
In just the same way, the decision to award the tender for running Zimbabwe’s second cellular network to Telecel was not reached by Mujuru unilaterally but by a government tender board housed in the Ministry of Finance not Information, Posts and Telecommunications where she was minister.
Those who followed the saga would agree with me that Mujuru actually concurred with Masiyiwa that there were irregularities in the way the tender was handled by the Tender Board but differed with the businessman on how the irregularities could be rectified.Advertisement