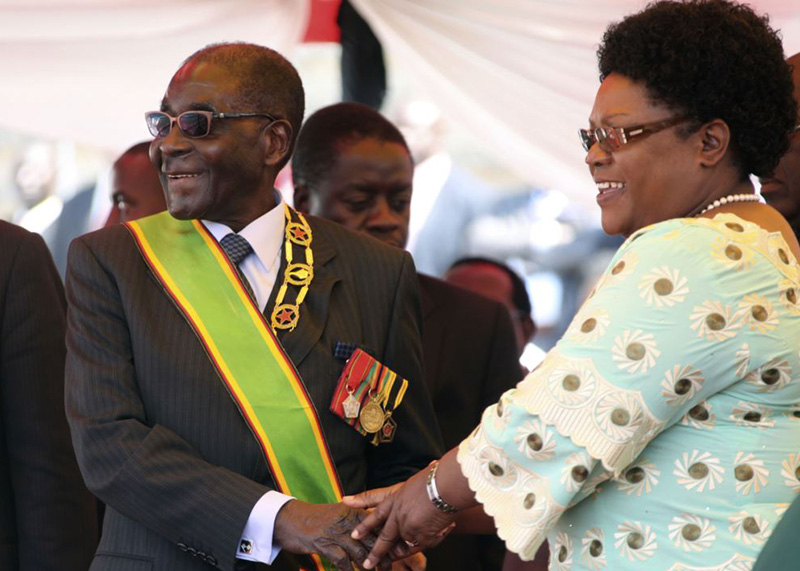 STATE media early Sunday, reported that former Vice President Joice Mujuru, stampeded out of the ruling Zanu PF party ahead of the 2014 congress is returning to the ex-liberation movement.

The State run Sunday Mail reported in its latest addition, that party secretary for administration Obert Mpofu had claimed, Mujuru was one of many former big-wigs, purged out five years ago making their way back to Zanu PF following calls for unity by new President Emmerson Mnangagwa.

“The President of our party wants everybody in Zanu-PF and he has called for all the former members who broke away for whatever reason to come back into the fold of the party and be part of our new dispensation,” said Mpofu is quoted as having said.

The former Home Affairs Minister, now permanently working at Zanu PF headquarters as part of a new set-up since Mnangagwa took over from former President Robert Mugabe in the aftermath of the November 2017 coup reportedly added: “I am aware of comrades who have indicated that they would like to come back, Mai Mujuru is one of them and her party (NPP). Ambrose Mutinhiri is already back in the party.

“We have others that have approached us recently indicating their willingness to come.”

Mujuru left Zanu PF in a huff late 2014, after a series of rallies addressed by then First Lady Grace Mugabe, at which she was accused of an elaborate plot “kill Mugabe.”

The former Vice President has consistently denied the charges. Along with Mutinhiri, then secretary for administration Mutasa as well as spokesperson Rugare Gumbo the group then known as the “Gamatox faction” formed a new party the Zimbabwe People First that however, broke up before it got off the ground.

Last year, Mujuru fronted a grouping of fringe opposition parties known as the Rainbow Coalition but nothing came off it.

On the other hand, Mutinhiri was appointed interim leader of another off-shoot the National Patriotic Front under which he contested as a presidential candidate. He performed dismally but one candidate who contested under the party’s banner Masango Matambanadzo won in Kwekwe Central.

“At the politburo, there are people who had left the party for one reason or another and they indicated that they want to be back and were readmitted.

“Cde Mutasa is now back at (our) Headquarters. There is no need for labelling each other as Gamatox or whatever. People are now united at the top,” she reportedly told a meeting in Mashonaland West’s Makonde district.