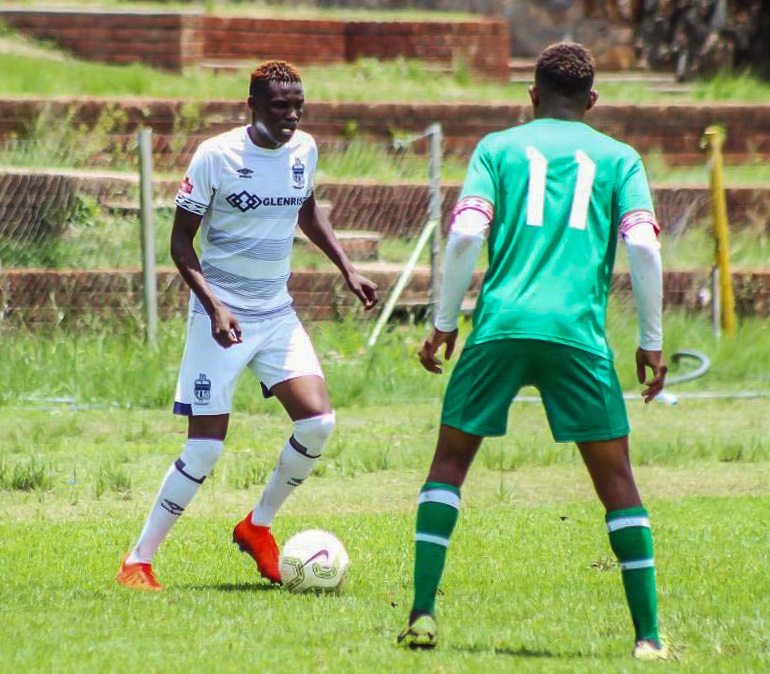 FORMER Dynamos midfielder Denver Mukamba has been included in the Warriors provisional squad for next month’s African Nations Championships (CHAN) in Cameroon.

This is after the former soccer star of the year impressed national team coach Zdravko Logarusic during a preparatory match in Harare on Friday.

Mukamba, who is now at Ngezi Platinum, was part of the team which played in a friendly match against the locally-based Warriors at Ellis Robbins School as the team intensifies its preparations for the continental tournament to be held in Cameroon.

The highly talented but unsettled midfielder seized the opportunity after putting on a brilliant individual performance which earned him a late call-up to the now 35-man provisional squad for the CHAN tournament.

ZIFA confirmed Mukamba’s inclusion in the squad in an update on the team’s preparations on their official Twitter account Thursday.

“CHAN preps update: The team played a practice match with Ngezi Platinum in the morning at Ellis Robins. Coach Loga (Zdravko Logarusic) has incorporated Denver Mukamba into the CHAN squad after liking what he saw from the midfielder,” ZIFA said.

The 27-year-old attacking midfielder enjoyed a solid comeback season at relegated Chapungu last season which earned him a move to Ngezi Platinum as he continues to rebuild his career.

Mukamba was named the domestic league’s Soccer of the Year in 2012 while still at Dynamos before earning a lucrative move to South Africa where he had stints with Bidvest Wits and University of Pretoria.

Prior to his move to South Africa, he was handed the Warriors’ captaincy by the German coach Klaus Dieter Pagels during his short reign as Warriors boss.

After reaching lofty heights in such a short space of time, Mukamba’s career took a turn for the worst when he returned to the country from South Africa.

His return to Dynamos and a stint with CAPS United were overshadowed by his disciplinary problems and he battled reported drug and alcohol abuse.

The Highfield-born player’s career however appears to have come a full circle after the latest call-up to the Warriors on Thursday.

The CHAN squad began preparation last Sunday and will break camp on December 20 for the festive holiday.

The training camp will then resume on December 28 until the team’s departure for the continental tournament which begins early next year.

Zimbabwe is in Group A and will face the hosts, Cameroon, in the tournament opener before facing Burkina Faso and Mali in other group matches.