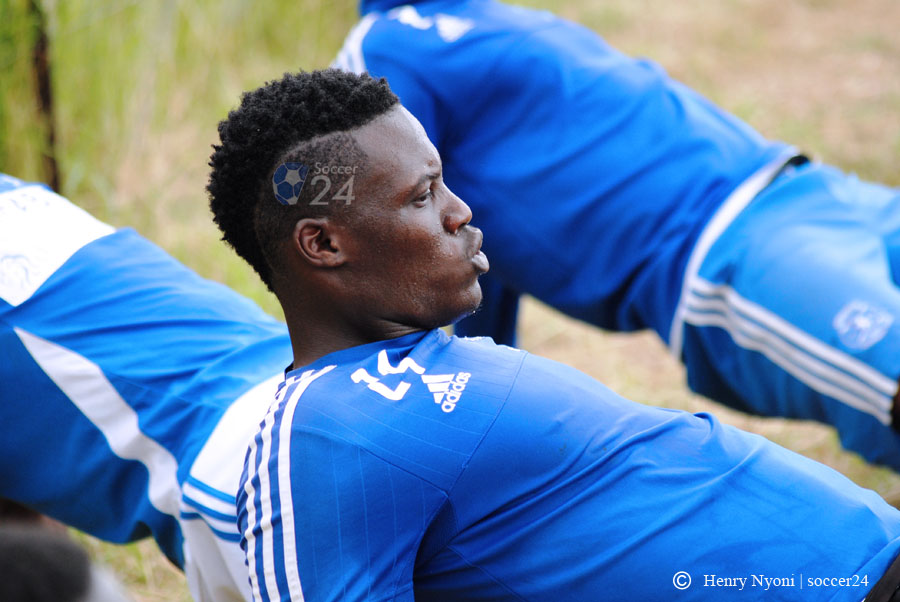 CAPS United president Farai Jere has heaped praise on beleaguered former Dynamos midfielder Denver Mukamba describing him as one of the best talents in domestic football.

The Caps United boss pledged to help Mukamba revive his career that had seemingly plunged into an irretrievable nose dive before he joined Caps United on loan on Tuesday.

Jere, who attended the team’s training session at the National Sports Stadium on Wednesday, said it was clear Mukamba was yearning for a club which would show him love and pledged that Caps United who have helped players like Devon Chafa and Dennis Dauda in their careers before would help him.

He also revealed that they kept their ears on the ground, once they were alerted to the player’s problems.

“We have always been following developments closely. When we realized Denver’s situation, we made our interests known so we knew we had right of first refusal. We are really excited to have him on board,” Jere said.

He added they would do everything to ensure the player flourished for Caps United with the help of Coach Lloyd Chitembwe who also has a reputation for bringing out the best from players who appear to be distracted from the game.

“We have always given our players support and you all know that. We had players like Devon Chafa and Dauda. A lot had been said about those players but we managed as a team to bring those players to their best and you saw what they did. So Denver is no exception.

He is a youngster turning 25 this year. What we are going to do as management is to show him love and give him the love that he needs especially in the view of what has been happening to him in the last few weeks, we have been following the developments.

The coach didn’t like him, the executive didn’t like him. He is a young man so we want to show him love, we have coaches that are capable so ours is just to concentrate and give this boy the love he needs.

The Caps United boss also said they had no problem with the clause that bars Mukamba from playing against Dynamos as it was a contractual obligation.

Dynamos have loaned Mukamba to their rivals on condition that he would not play a part whenever the two teams meet in a Harare derby.

“If it is a contractual condition we have to follow it, am still to have a look at that but if it is that we will have to follow that, we have other players in our team who are capable of playing against Dynamos, we have a very strong team and very good replacements.

Of course the season hasn’t started, I believe we have established one of the best teams compared to the team that we had in 2016. I am not taking anything away from those boys.

Mukamba ran into problems with Dembare coach Lloyd Mutasa when he absented himself from training, together with defender Lincoln Zvasiya in the second half of last season.

Reports suggest the two were taking cough mixtures for intoxication. While Zvasiya was kicked out of the club, Mukamba was pardoned and allowed to carry on.

However his coach remained adamant the player was not in his plans.