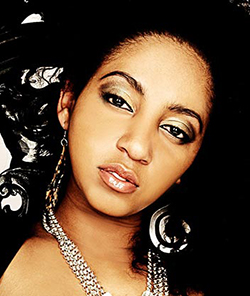 AFRO-POP sensation Ammara Brown has been announced as the headline act for the US edition of the Zimbabwe Achievers Awards taking place in Texas next month.
The Harare-based songstress, who has been doing well on the local scene will lead the line-up, and has said she is thrilled to be performing at the inaugural event.
ZAA USA planning director, Ontrance Mureverwi said the committee are over the moon about sealing the deal with the mbira queen, adding that the first edition of the awards will certainly be a highlight on the community calendar next month.
Oozing sex appeal, laced with a dash of class and elegance, the dancer, singer and songwriter recently featured in ExQ’s highly anticipated music video Bhachura which has received rave reviews and has already received over 150,000 hits in less than two weeks.
Ammara, daughter of music legend Andy Brown, first found fame in the 1990’s, debuting in a TV commercial with Oliver Mtukudzi. Now a major brand name, the Mukoko star has risen in the last few years, and has become the most-sought-after female artist in Zimbabwe.

In 2008, Ammara made it to the top 10 of Idols, East and Southern Africa. With her eclectic musical style, fused with influences of afro and urban sounds, she made it to the top five before being eliminated.
In 2010, she performed at the FIFA World Cup in South Africa, alongside South African rapper Flabba from the popular Hip-pop group, Skwatta Kamp. She also performed for Malawian presidents Bingu Wa Mutharika and Joyce Banda.
Ammara has also performed alongside local and international artists that include Tehn Diamond, Jah Prayzah, P Square and Mi Casa.
Famous for her high energy performances and sultry, pulsating delivery, Ammara is currently putting the final touches to her debut album, dubbed Ammartia.
With a multitude of devoted fans eagerly anticipating it, they are in for a bit of a wait, with the singer saying that the album is to be released next year.
On the experience of finally working on her self-titled album, she said she was excited and that it has been an amazing journey so far.Advertisement

“I am working with some extremely talented people. It is a lot of hard work but it’s a fun creative process,” she said.

Brown said that her forthcoming album will not only establish her name in Afro-pop history but will also reveal a side to her and her music that no one has seen.
“This album is going to change the game completely, and the producers I am working with have also brought a new standard. I cannot wait to share it,” she added.
The forthcoming album has a mix of songs produced by a host of talented music producers that include Oskid and Jusa Dementor.
The multi-talented instrumentalist comes from a lineage of musicians and plays the piano and mbira.
The next few months for the artist are very busy, and more international tours are on the cards, including tours in Johannesburg, London and Cape Town; before she heads to Texas for the awards gala.
She is currently shooting a television series called In the Name of the Father, where she plays a lead role.
Scheduled for the 19th of November, Zim Achievers USA is taking place at the Westin Stonebriar Hotel & Golf Club which is 2.5 miles from sporting events at the Dr Pepper Arena.
This modern resort is also 4.4 miles from the renowned 200 arce Arbor Hills Nature Preserve. The venue also boasts the iconic 18-hole championship golf course, set against a backdrop of scenic hills.
The inaugural occasion is set to be a premier red carpet event that will honour the outstanding achievements of Zimbabweans based in the US, and will recognise their work across a number of industries that include business and the media.
Voting ends on the 6th of November. Thereafter, the ZAA Panel will verify and, deliberate over the results, to emerge with the winners for 2016.
Tickets are still available and can be purchased exclusively from www.zimachievers.com/us.