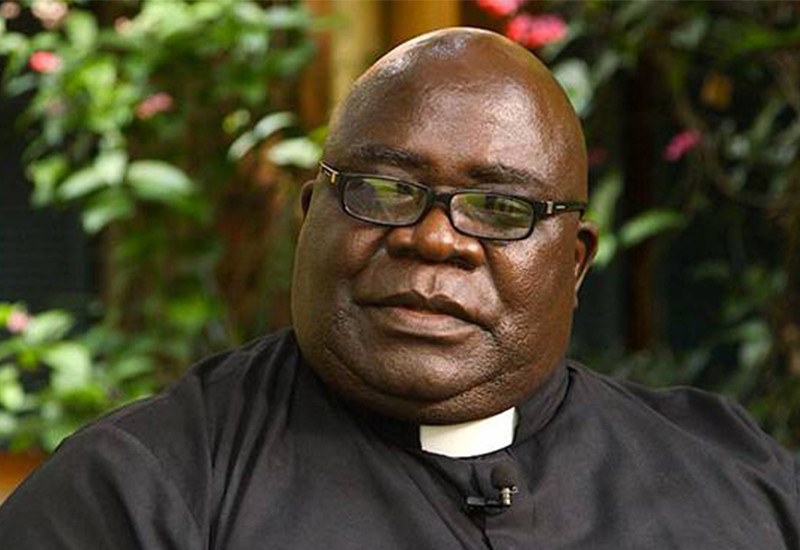 ZIMBABWE needs leaders who think beyond themselves and are ready to unite its people in their great diversity, respected Roman Catholic cleric Fidelis Mukonori has said.

Mukonori  told NewZimbabwe.com in an interview that the country at this point requires leaders who are willing to set aside their personal agenda to guide it in collective decision making for the benefit of all.

“The difference between human beings and animals is that human beings we are a society of thinking beings and thinkers have to think as individuals and decide collectively.

The Jesuit Priest was a close friend to former President Robert Mugabe who died last month. Mukonori was part of a group of people close to the country’s corridors of power who brokered negotiations between the late former Zanu PF leader and the country’s military commanders in the heady days of the November 2017 coup.

With calls for dialogue growing loud be each passing day given the situation in the country Mukonori said political leaders tend to be self centred and that is wrong.

“Sometimes when we are not trained as leaders whether as church leaders, private and in any different operations including politics we all tend to be selfish and look out for our selfish interests.

“That kind of leadership needs a serious diagnosis because in this life we live a collective life.,” the cleric said.

“Therefore we should learn to discuss,debate and to argue whether it takes one hour ,one day, one year or five years,it is not a matter of an individual we still need to learn to dialogue no matter how intelligent you are,and how gifted  you are.”

Mukonori said he had great respect for Mugabe accused of human rights abuses and autocratic leadership in his 37 years in power. While admitting Mugabe had his faults the cleric said the former Zanu PF leader was an honest and selfless man.

” Be as honesty as possible and be as open to people as possible. Have the ear of the people,” he said.

Zimbabwe has been on edge since last year’s elections whose result was disputed by the opposition after Mnangagwa romped to victory albeit with a slender margin.

MDC leader Nelson Chamisa approached the Constitutional Court in a bid to overturn the result but failed. He insists however that he won the poll. Pressure is mounting on both Mnangagwa and Chamisa to strike a compromise deal “for the good of the nation.”