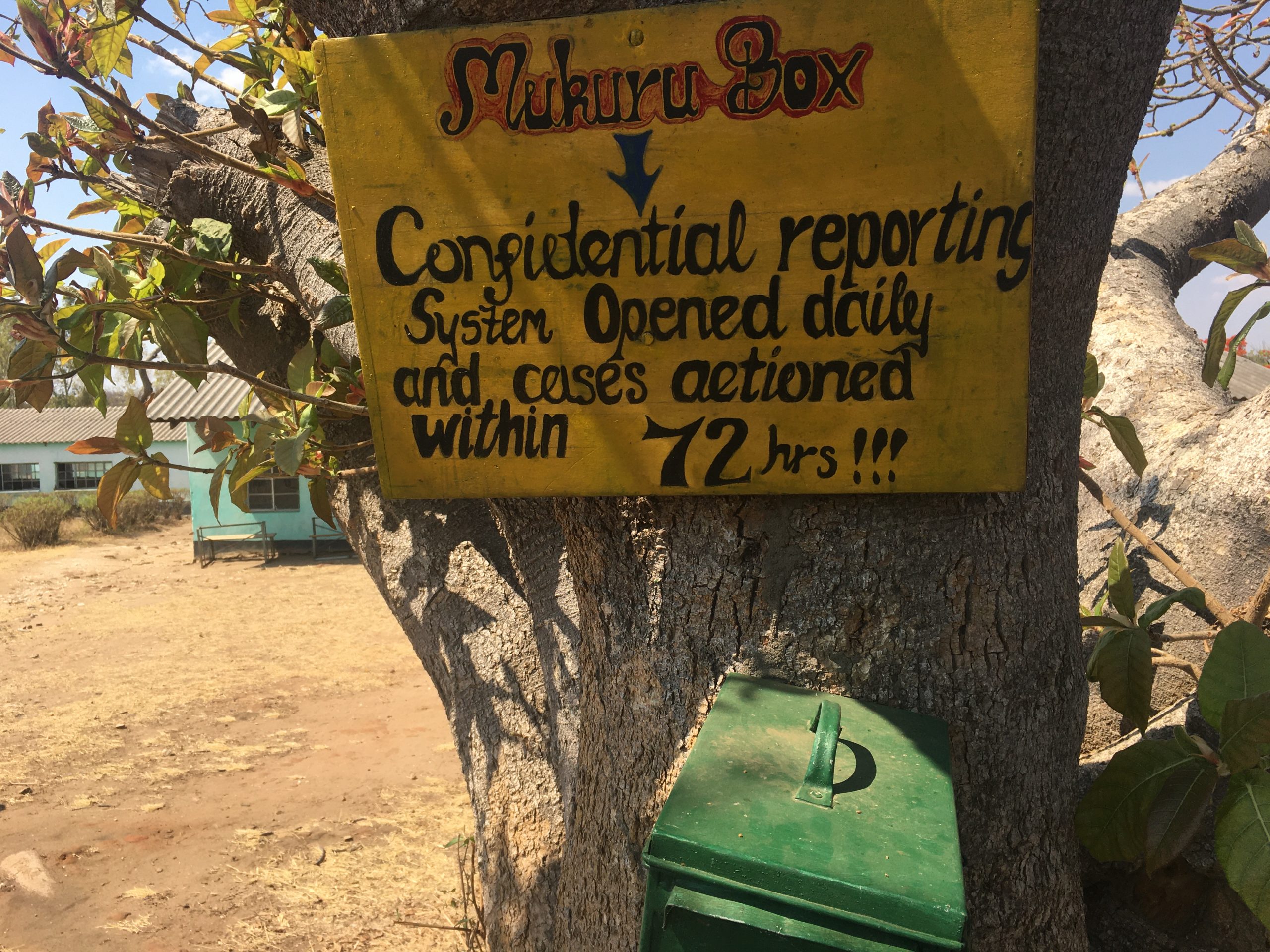 Southern Africa HIV & AIDS Information Dissemination Service (SAfAIDS) has assisted Magaranhemwe secondary school in establishing a complaints box and a 72 GBV room at the school that has been a major success.

The school in situated in the remote Rushinga rural district in Mashonaland central province.

The container that is being used by students to anonymously drop in their complaints is known as Mukuru Box.

The initiative has since been adopted by some more schools in the region.

“Mukuru box is a confidential reporting system and it is opened daily with the oversight taskforce, reported cases will be actioned within 72 hours,” Francis Chingono, Teacher Guidance and Counselling told NewZimbabwe.com Wednesday in Rushinga.

“The students at school are the ones who choose the place where to place the suggestion box.

“The Mukuru Box has two locks, one lock stays with the Headmaster and the other with the students to enhance transparency.

“If one opens the other side without the other the information is still safe and some of the cases may be a student may have a complaint against a teacher, so if the two open, it together it will be difficult to ignore such cases and it has become effective.

“We also had an opportunity to go to Zambia and met representatives form several African countries where we presented the Mukuru Box and it was well received by school authorities and students.”

Chingono added, “Mukuru Box works hand in hand with the GBV room and we can say we have reduced the number of abuses and progress has been made.

“Cases that you find being reported in the Mukuru Box range from sexual, emotional and physical abuse, bullying and drug abuse, among others.”

Among other projects being implemented by SAfAIDS are an adolescent clinic established in 2018 which caters for sexual and reproductive needs of the young in the district.

Said SafAIDS focal person Nakai Nengomasha, “We decided to be in Rushinga because it’s one of the areas where child marriages are rampart, low educational levels, poverty, rigid social norms, marginalised of girls, high school dropouts.”