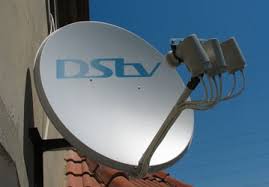 SOUTH Africa-based Pay-per-view broadcaster MultiChoice has refuted claims that some of its services in Zimbabwe have stopped.
In a statement Tuesday, MultiChoice Zimbabwe chief executive officer Lovemore Mangwende said: “Erroneous reports have been made by uninformed people that there has been a cessation or curtailing of DStv services to Zimbabwe.
“These rumours are untrue and DStv services to the country remain fully operational. MultiChoice Zimbabwe remains fully functional. Any speculation to the contrary is inaccurate and possibly misguided. Our call centre and customer care centres are able to assist with answers to any queries.”
The rumours emerged as the Zimbabwean government recently expressed concern that DStv payments were one of the major drivers of externalisation of foreign currency through MultiChoice remittances to its parent company in South Africa through nostro accounts. A nostro account refers to an account that a bank holds in a foreign currency in another bank.
In his 2017 Monetary Policy Statement, Reserve Bank of Zimbabwe governor, John Mangudya, said that between July and December last year, US$206,66 million was used for payments of satellite TV service DStv and card transactions, a total only surpassed by the US$331 million spent on fuel.
He said foreign currency payments for DStv and card transactions exceeded other transactions such as the importation of raw materials for the manufacture of products like cooking oil, maize imports and the allocation for machinery and telecoms equipment.
The central bank pointed out how “this is not sustainable”, calling the higher spend on DStv subscriptions instead of raw materials to produce goods like cooking oil “counterproductive and illogical.
“The Bank shall quickly move to redress this market failure through measures that compel banks to adhere to the import priority list and to mitigate against institutional indiscipline such as the use of more foreign exchange for personal card and DStv transactions ahead of raw materials to produce cooking oil, for example. Financial institutions should do some soul searching and rethink on how they add value to the economy under the new normal,” the central bank said.
The bank also said it would introduce measures to stick to its import priority list, which it released in 2016, as a guide to which areas were to get preference for forex payments. On the list, DStv and card payments had a lower priority than raw material importation.Advertisement