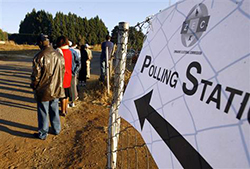 KENYA celebrated her 52 years of independence on 1 June 2015. I love Kenya specifically; it’s a weakness that I can’t shrug off. It’s a country that has gone through a lot of changes that have seen it reassert itself as a tourism destination and well-known internationally for its world-dominating long-distance runners, and more lately Oscar-winning actors like Lupita Nyong’o and the fact that US president Barack Obama’s father was Kenyan.
The country is full of ‘firsts’ that make it a standout nation that is littered with classical examples that other African countries can only yearn for. Kenya was the first testing ground of Ushahidi: Meaning “testimony” or “witness” in Swahili. Ushahidi was a website that was initially developed to map reports of violence in Kenya after the post-election fallout at the beginning of 2008. Combining social networking with Google maps, it rapidly collects data from the crowd and visualises what happened, when and where. Now it is the mostly used crisis mapping platform in the world.
Also related to technology, Kenya was the first developing country to have an open government portal, the 22nd country globally. In July 2011, Kenya launched the Kenya Open Data Initiative, becoming the first sub-Saharan country to do so and second African country after Morocco, later followed by Tunisia and Ghana. This made key government data freely available to the public through a single online portal.
On one hand, you have a younger President in the form of Uhuru Kenyata who has reinvented and dusted himself down from the perceived “bad boy” image that saw international critics fingering him for having had a hand in the violence that marred the December 2007 disputable elections. He was also the first sitting head of state to appear at the International Criminal Court.
His name Uhuru is a Swahili term for freedom and history; it is said the name was given to him in anticipation of Kenya’s freedom which came as early as 1963. In 2002, he ran as a presidential candidate and lost to former President Mwai Kibaki by a wide margin. This didn’t dissuade him but in the December 2007 presidential election, he smartly calculated his moves and backed Mwai Kibaki (the one he had lost to in 2002). After the disputed elections that midwifed the inclusive government, he became Prime Minister by April 2008 as part of a coalition government. Today, he is the President of Kenya and how he got there involved deliberate steps that saw him wrestle power and fortify his own political future.Advertisement