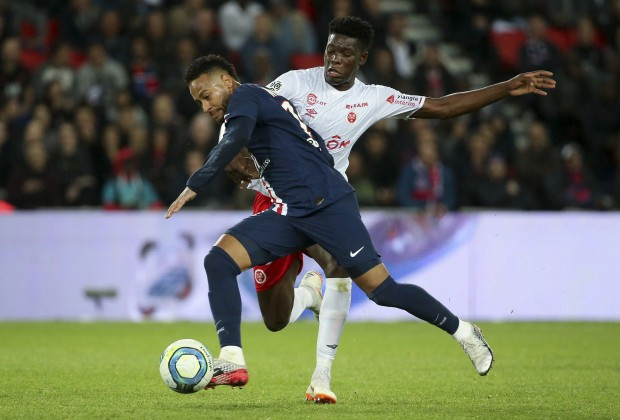 AFTER recently completing a memorable debut season in the French Ligue 1, Zimbabwe international midfielder Marshall Munetsi is relishing the chance of competing with some of the best players in Europe next season when he makes his debut in the UEFA Europa League next season.

Munetsi is set to become the latest Zimbabwean footballer to feature in European football competition after a dream debut season in France’s topflight league, which last week earned him a lucrative new contract at Stade de Reims.

“It’s always been a dream of mine to play in the UEFA Champions League, but for now the main focus to look at what is happening in the world right now and when the time comes, we will be able to do what we do best,” Munetsi said.

“I’m really thankful for the way things have gone and to the club to give me a big platform to showcase my talent.”

Opening up on his first season in Ligue 1 with Stade Reims, Munetsi revealed how hard he had to work in order to realise his dream.

“I really enjoyed my first season in Ligue 1, everything was amazing but obviously there was a lot of work and improvement I had to do from my side,” he said.

“A lot of listening to the coaches, extra training, personalised training to learn, and to adjust to certain aspects that are required in France.

“I enjoyed learning from the coaches and players around me [this season] and I’m happy with the way we finished in the league.”

The 23-year-old joined Reims in July last year on a free transfer after his contract with South African club Orlando Pirates expired, leaving him open for a free transfer.

Munetsi had also attracted offers from Belgium and the Major League Soccer (MLS) sides in the US but instead opted for a move to France.

He made the step up to Europe and has managed to force himself into David Guion’s side this term, becoming a key figure at the base of their midfield playing in 21 games across all competitions during the 2019-20 season and registering two assists in the process.

The Zimbabwe international helped guide his side to sixth place in Ligue 1 before the suspension due to the coronavirus pandemic, qualifying them for the Uefa Europa League next season.