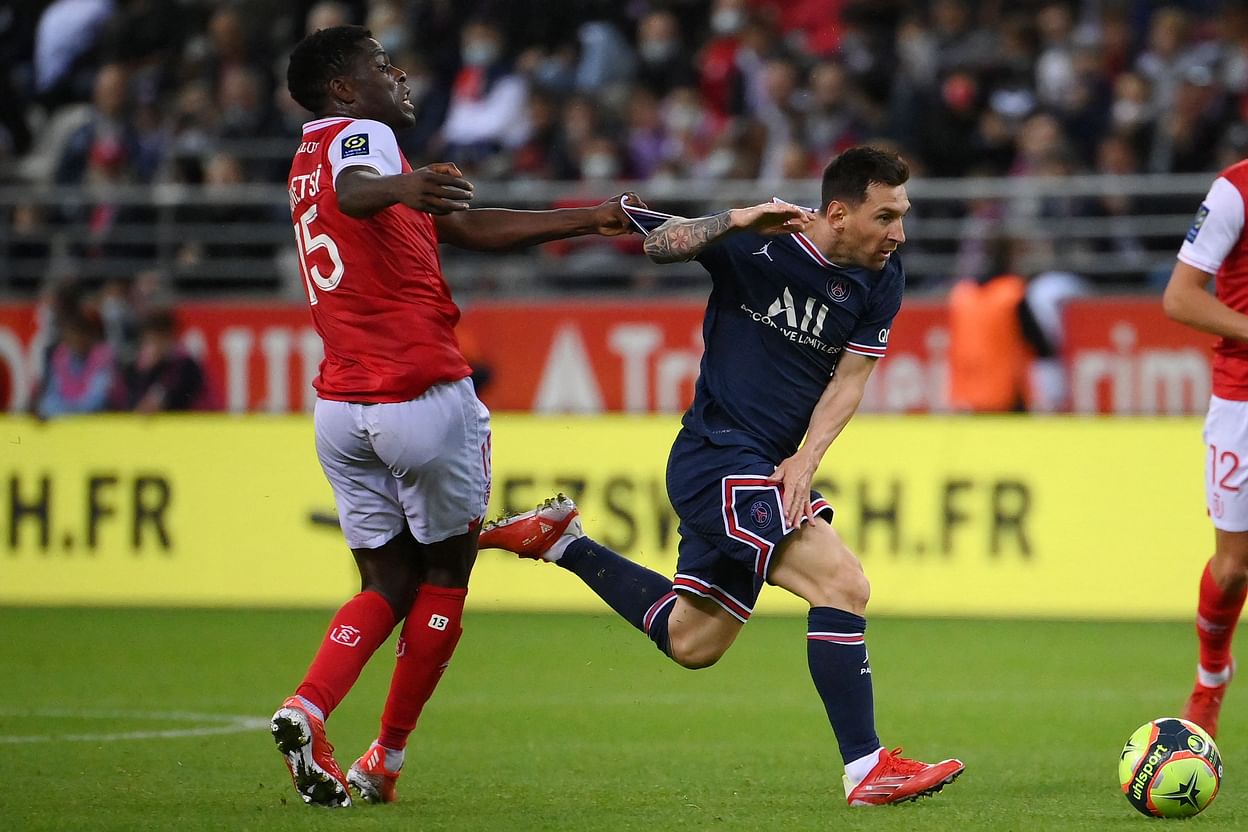 WARRIORS and Stade de Reims midfield star Marshall Munetsi kept a tight leash on Lionel Messi who made his debut as a substitute for Paris Saint-Germain on Sunday.

Munetsi, who was outstanding for Reims, thought he had equalised just five minutes into the second half after Real-Madrid-linked Kylian Mbappe had scored for PSG early in the opening half.

Unfortunately, VAR disallowed the goal for offside. With the spotlight on Messi and fans calling for him to be brought on the anticipation was electric.

The second PSG goal in the 63rd minute scored by Mbappe only served to amplify the fans’ demands for Messi to come on.

Munetsi, however, remained calm and resolute. He responded well to the challenge of keeping Messi quiet.

The duels were mostly won by Munetsi, who towered over the diminutive six-time Ballon d’Or winner. He even welcomed Messi with a few crunching tackles.

The former Pirates’ player was somewhat lucky to finish the match without a booking.

Munetsi featured for South African club Orlando Pirates between 2016 and 2019. It has been two years since Munetsi moved to France and in that time he has grown into a key player for Ligue 1 side Reims, where he has made 54 appearances.

Before he cemented his place at Pirates, Munetsi had a successful loan spell at Baroka FC.

Munetsi is expected to feature for the Warriors in their 2022 World Cup qualifiers against neighbours South Africa and Ethiopia at home and away.