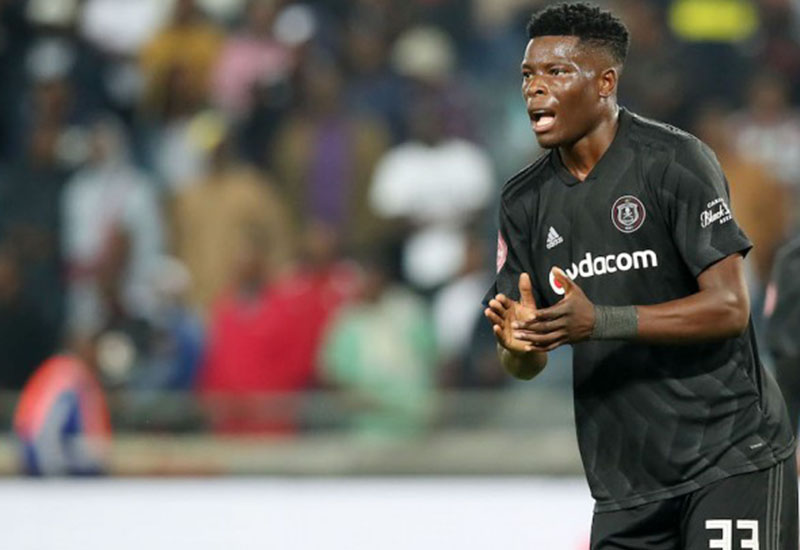 ORLANDO Pirates utility player, Marshall Munetsi insists he is confident his side can still win the South African Absa Premiership title, despite dropping points during the penultimate round of the title race over the weekend.

Pirates were left to settle for a point as they conceded late on, to draw 2-2 with bogie side Cape Town City in their penultimate clash of the season on Saturday.

As a result, the Buccaneers’ chances of a first league crown in seven years took a massive hit as second-placed rivals Mamelodi Sundowns now have a chance to topple them atop the log.

However while many of the club’s fans appear to have given up on their title hopes, Munetsi remains confident and appealed to the club’s supporters to rally behind them ahead of their final fixture of the campaign this weekend against Polokwane City.

“We knew it was going to be difficult, we need to at least score more goals for us to win the game, because we knew they are a tough team considering our previous results against them,” said Munetsi on his club’s channel.

“It wasn’t an easy game, and it’s tough luck to us, but one point is going to get us far. We just have to keep on going into the remaining game. We urge our supporters to come and support us in our final home game.”

After initially struggling to find his feet, Munetsi has been slowly establishing himself as a key squad member at Pirates with some solid displays despite being deployed in an unfamiliar centre-back role.

The 22-year-old’s showing came off the back of consistent performances for the Zimbabwe national team, who qualified for the 2019 Africa Cup of Nations finals to be held in Egypt.

Munetsi has been on a gradual rise in South African football, since signing for South African national first division side FC Cape Town the Harare-based Friendly Academy in 2015.