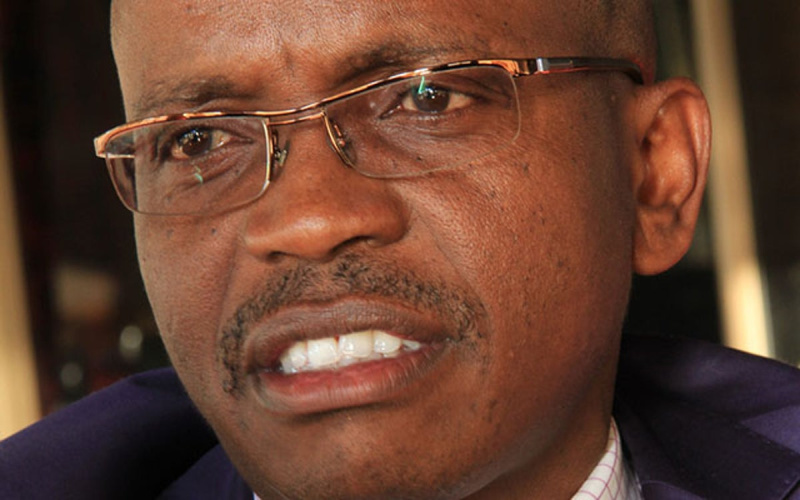 OUTSPOKEN Harare cleric and businessman Shingi Munyeza has surrendered his post as Faith Ministries pastor after he was forced to publicly admit to adultery by his daughter.

Munyeza admitted in a short statement he had failed his wife and church.

“Recently I allowed myself into a situation where I fell morally. I failed my wife and family. I failed the church that I am part of. I therefore seek your forgiveness. I am stepping down to introspect and be restored. I covet your prayers and support,” read the message by the cleric.

What sparked his misfortune was an earlier Facebook post during the day by Munyeza congratulating self and wife on the occasion of the couple’s 26th anniversary.

But this was not taken in its real sense by Munyeza’s daughter, Nomsa, who then confronted her father in a cheeky Facebook reply over the latter’s adulterous relationship.

Nomsa told her father it was improper for him to shower her mother with anniversary messages when he was cheating on the same woman.

The daughter demanded that he deletes the messages.

Munyeza later admitted that he indeed cheated on his wife and therefore, had resigned from his position as pastor at Borrowdale Christian Centre (Faith Ministries). 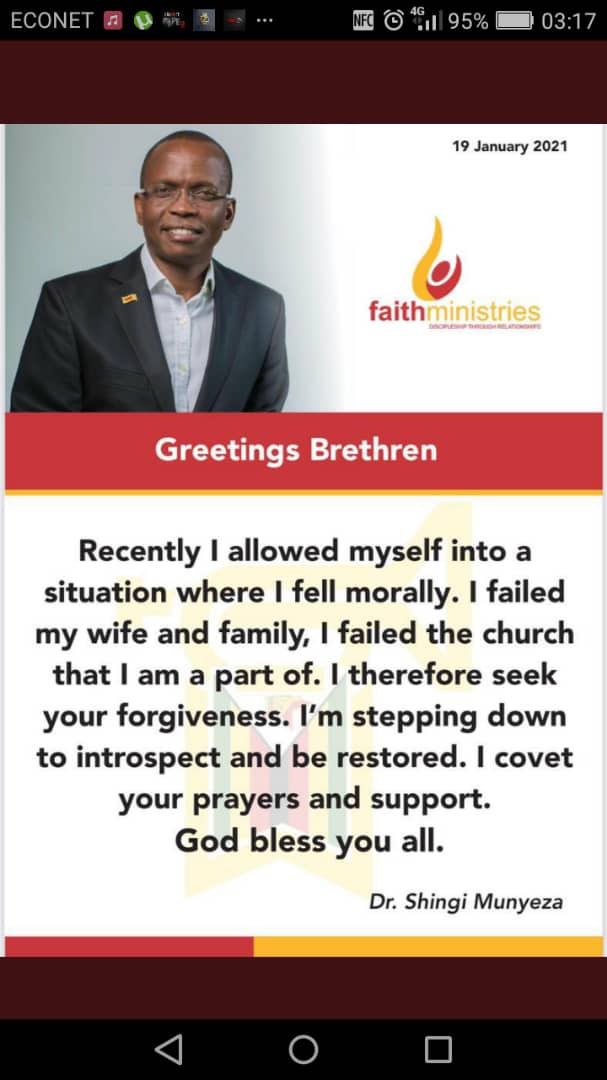 However, it was not very clear if he resigned on his own accord or was forced to after reportedly admitting to sleeping with an unnamed congregant.

What then followed was a social media buzzing with unsubstantiated claims the cleric had a chain of sex scandals with various women.

Another social media user had the cheek to screenshot and throw back earlier exchanges Munyeza had last year with Presidential spokesperson George Charamba who uses the handle @Jamanda in which the latter accused the businessman of being a fan of strip clubs.

For his outspokenness, often via the pulpit, he has on many times found himself at loggerheads with government spokespersons and fanatics who have challenged him to dump his church robes and join politics.

Munyeza is also a member of Mnangagwa’s Presidential Advisory Council.