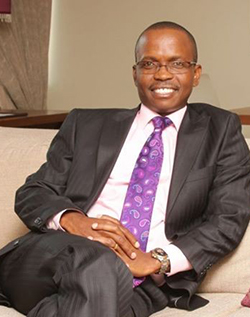 PRIVATE equity investment and advisory firm, Brainworks Capital Management has made a proposal to African Sun’s minority shareholders as the company seeks to acquire the hotelier’s remaining issued share capital.
The development came on the same chief executive Shingi Munyeza left the company with immediate effect. Edwin Shangwa has been appointed as the acting chief executive.
Brainworks, through its investment vehicle Lengrah, in 2013 bought into and increased its shareholding in the hotel group to 44 percent, becoming its major shareholder necessitating a mandatory offer to the minority shareholders.
This followed a transaction between Brainworks and Munyeza’s family trust, Nhaka Trust, in which the latter ceded shares in African Sun in exchange for cash and 17.02 percent of Brainworks.
Brainworks on Tuesday made an offer at a premium of three cents per share to the group’s minorities. African Sun traded at 1,5 cents on the same day.
“Brainworks Capital, which owns all the issued shares in BCM Hotels and Real Estate, proposes to make a mandatory offer, to acquire all of the shares in African Sun not currently held by BCM Hotels and Real Estate on the terms and conditions set out herein,” African Sun and Brainworks said in a joint statement.
Other AfSun shareholders include Riustrix Investments with 19.33 percent shareholding and Old Mutual Zimbabwe with 22.15 percent.Advertisement