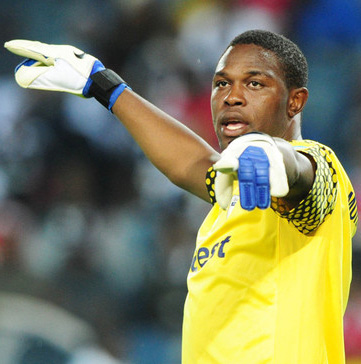 MPUMALANGA Black Aces goalkeeper Energy Murambadoro has completed a loan move to AmaZulu for the rest of the season in a bid to help the battling Durban-based side.
The loan deal that Murambadoro has agreed to has an option of a further year if his six-month stay works out well for both parties.
Benjamin Nkhatho, the player’s manager confirms that the deal is sealed.
“It is a six-month loan with an option of a further year. He is heading off to Durban on Monday,” says Nkhatho.
Though the Zimbabwean keeper is moving he has played the most games of all goalkeepers at Aces this season, with 12 starts to his name already in all competitions.
Murambadoro joined Aces last season but only started playing this season and, prior to his return to action this season, he had endured a lengthy spell without playing having last featured for Bidvest Wits during the 2011-12 season.
At Usuthu the 32-year-old will compete with current number one, and fellow Zimbabwean, Tapuwa Kapini.