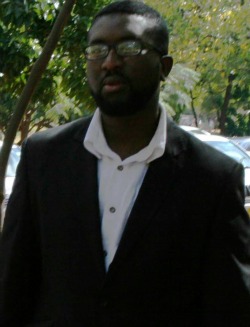 MURDER accused Star FM presenter Munyaradzi Milimo, more widely known as DJ Munya, was removed from remand Thursday with a Harare court accusing prosecutors of not being serious.
Milimo is jointly charged with Taurai Jani and Mohammed Matare for the kidnapping and murder of Tinashe Magorimbo in 2013.
The DJ was alleged to have paid his two accomplices to murder Magorimbo after he failed to pay compensation for having an affair with Milimo’s wife.
All three accused had been on remand for almost two years.
But Harare magistrate Milton Serima rejected an application for further remand by prosecutor Sebastian Mutizirwa Thursday, telling him to proceed through summons.
Serima said the prosecutor had failed to provide a trial date.
“It appears the State was not genuine in supplying the accused with a trial date,” he said.
“It has not done enough as it should have indicted the accused persons. The supply of a trial date is not enough; it should be accompanied by indictment papers.
“In the circumstances, the court is convinced that the State is not ready and is not serious. Without the indictment papers, the court cannot continue to keep the accused persons on remand.
“Therefore their application for refusal of further remand is granted.”
Defence attorney Lucky Mauwa of Mauwa and Associates had rejected the prosecution’s claim that they would be ready for trial on May 11.
“This is a fake date so that my clients remain on remand,” said the lawyer.
“It is clear that the State is trying to further postpone this matter through a back door. The date is not accompanied with indicts a clear indication that the State is playing games.”
The state claims that Milimo had Magorimbo murdered through poisoning after allegedly failing to pay compensation for an affair the DJ’s wife.
Prosecutors say Magorimbo paid DJ Munya $1 000 in February 2013 through Janhi and Matare as part payment.
After he failed to pay the balance, DJ Munya allegedly commissioned Janhi and Matare to “deal” with him.Advertisement