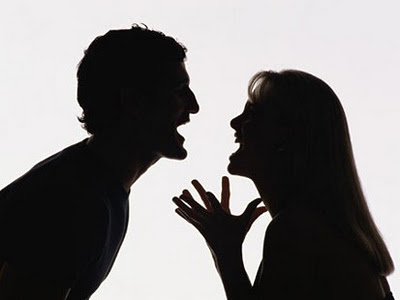 THE Republic of Zimbabwe is a somewhat unified nation with an innate propensity and facade of societal peace and civil civilisation. Though the nation has been regrettably afflicted by unpalatable combinations of periodical bouts of political violence, instability and displacement; perpetual reigns of hunger, food shortage and proliferating destitution as well as tribalism, homophobia, and corruption, the land of the of bright flame lily commendably and against all odds remains one of Africa’s safest destinations.
Given that Zimbabwe is effectively a banana republic, its populace deserves compliment for not pursuing delinquency in the quest for miraculous survival. After all, as in most places, widespread poverty is appropriately a massive push factor for criminal predispositions. Crime is fundamentally infrequent and rare. In fact two of the land’s most dreaded serial killers were executed well over a decade ago, and the nation state has not seen grand crime on the levels of Chidumo & Masendeke again, let alone the ranks of Johannesburg, Rio, etc…
While we remain no match for even the mildest of murders in Mzansi, over the last few years there has been a genuinely worrying rise in heinous domestic crime. The increase is not in frequency, but rather an escalation in the levels of violence characterised in each of the few circumstances.
In 2012, the entire nation woke up to the horrific front page cover of Monalisa Chinomona, murdered in her parents’ home by a jilted lover. Her body had been stabbed 15 times and lay lifeless in a pool of chilling bright red blood. The penetrating knife was left stuck in her breast. It was especially painful for those of us who idolise peace, and who knew the couple personally.
The reaction was spectacularly loud. I, like many, fiercely leapt in attack of the killer. All organs of society united in rage and condemnation. This was a heinous wasting, we would all have none of it, and we made everyone know; for ours is not a society that can tolerate the murder of defenceless women.
In 2014, after spending a near three years in remand prison, the killer, Pritchard Zimondi was slapped with an effective 18-year jail term. No part of his sentence will be commuted and the man monster will leave prison in 2032, thereabouts. He will be 42.Advertisement

During the course of the lengthy trial, Zimbabweans condemned any attempt to afford Zimondi any respite. There was reverberating uproar when he was granted temporary bail, and even after his sentence, the public still felt he had been granted enormous clemency, which is probably warranted, the man stabbed an innocent, beautiful and bright young woman a sure 15 times. That is vampire like, and he was monumentally lucky to escape the death sentence.
Inversely, just few months after Zimondi was sentenced. A woman, Fortunate Nsoro, sick of her husband’s promiscuity, cut off his genitals. He died of the unimaginable wounds. The grisly pics of the man’s privates in a plastic, and his lifeless body were stomach-turning, but, what was prodigiously appalling was the deafening silence of the nation. The vivacious civil organisations and outspoken social leaders who had led the ‘justice for Monalisa campaign’, and rejoiced in a conviction just a few weeks preceding the murder were now conspicuous in their muteness.
Even as Fortune was awarded a mere $50 bail, with very relaxed conditions, there was no justice for Petros (the victim) brigade, no fuss, no complaints. It is almost as if society had judged that, because the victim was a man, and promiscuous, he deserved to die, in a manner so cold.
This past month, the nation, once again, grappled with two similar murders. In Fortune Nsoro style, a few weeks ago, a callous Mutasa woman, Pamela Bhowa axed her husband Manners Bhowa in the face several times, ultimately condemning him to death. Nauseating pictures of the victim’s gashed face are circulating on social media, amid the murderer’s unfeeling blatant claims that she gave the man what he deserved.
Again in Zimondi style, a Glen View man, Collen Jamu, killed his girlfriend, Mitchell Chipere, in her mother’s house. He raped her, and murdered her by bludgeoning her head with a metal hoe handle. After Monalisa’s murder, one would never have imagined beholding a homicide much more revolting. Collin, the killer, should never see the outside of a maximum prison again. He should only ever leave the state penitentiary in a body bag destined for a pauper burial. He frankly deserves nothing less.
As expected, and rightly so, justifiable widespread outcry has followed these two murders. But, what is shocking is that there is little talk about the axe murderer. All the clamour is about how hoe the wielding bandit Collin Jamu must be handed a no nonsense death penalty. Observably there is a lot amiss with this. Fortunate Nsoro, and Pamela Bhowa, like Pritchard Zimondi, and Collin Jamu are all cold blooded killers. All of them, never mind the sex, gender, or circumstances must be rebuked in the most undulating manner.  All the homicides were calculated, dreadful, upsetting and of the most disturbing order. It is grossly improper for the crimes to be seen as any different.
It is deeply and regrettably ironic that society cares little when a man is raped, or killed by his significant other, but it unites in echoing rage if the victim is female. It is difficult to understand, how, or why, that is the case. Hence my question, is it a lesser crime when the perpetrator is female, and the fatality is male?
Enough said. This is Africa!
Maynard Manyowa is a political & social analyst. You can reach him for feedback via his website www.maynardmanyowa.com , email – mkmanyowa@gmail.com , on Twitter – @iAmKudaMaynard