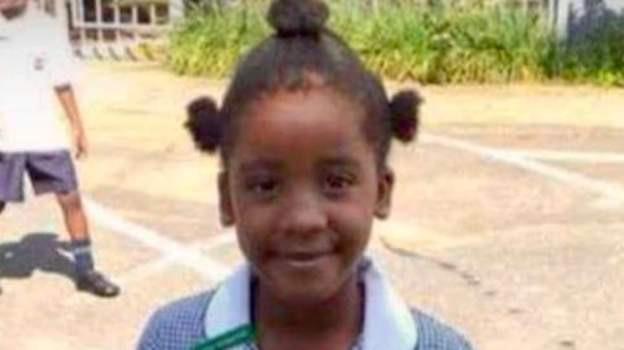 SIX-YEAR-OLD Alexia Nyamadzawo, who has made news in South Africa and Zimbabwe after she was strangled and dumped in a Durban sugar cane field allegedly by her mother, was finally buried in Kwekwe on Sunday.

The family described 31st May when Alexia was murdered as a dark day.

“Our special angel left us for a better place. As painful as it is, we take comfort knowing that we have been blessed with gifts of great unforgettable moments, with Alexia, in her short well lived life,” said one grieving family member.

Alexia’s grandfather is former Councillor with the Kwekwe City Council.

According to another family member who presented the slain minor’s eulogy, Alexia was born 19 July 2013 at Victoria Medclinic in Tongaat, North Coast, Kwazulu Natal and would have turned 7 in July this year.

She was born to Charlton and Fungai Nyamadzawo and had a younger sister, Mexin.

“She started her schooling at Dolphin Coast Pre-Primary School in Ballito and after graduating from Grade R in December 2019, she excitedly enrolled for Grade 1 at Umhlali Preparatory School for 2020.”

The late Alexia was described as shy by nature and “always wanted to please mom, dad and Mexin”.

“She had love for swimming and showed promise for gymnastics. Filled with life, she sought for opportunities to give assistance and doing the best for others.

“When some clothes no longer fitted her, she would say, ‘Daddy, give to those who don’t have anything in Zimbabwe’.”

The child’s mother Fungai has since appeared in the Umhlali Magistrates Court on charges of murder, defeating the end of justice, perjury and kidnapping.

The 42-year-old has since been sent for mental assessment.

It is alleged that the mother concocted an elaborate lie that Alexia had been kidnapped by an unknown man from the backseat of her car while she slowed down for a speed bump on Glendale Road near Shakaskraal, Durban on May 31.

The mother then reported her child missing and the police began their investigation.