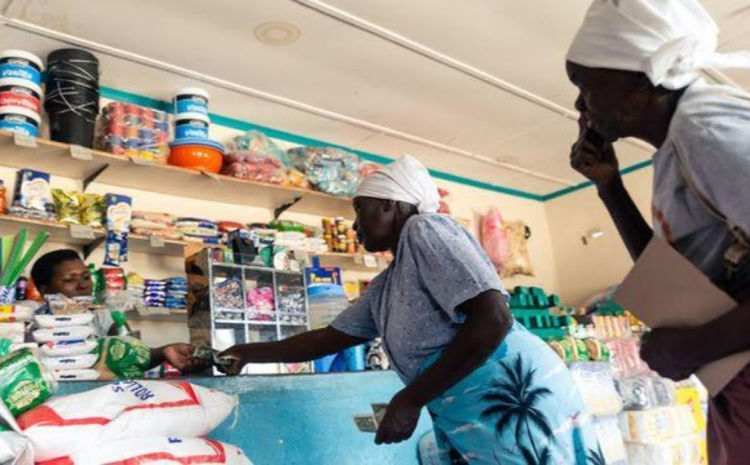 By Leopold Munhende reporting from Murehwa

Murehwa: Some unscrupulous shop owners here are forcing desperate customers to first buy certain amounts of groceries from them as a condition to purchasing subsidised mealie meal.

This came out Sunday during delivery of stocks of the scarce staple in the Mashonaland East area by the Grain Millers Association of Zimbabwe (GMAZ).

GMAZ is currently conducting its zonal delivery of the scarce product to allow citizens to purchase mealie meal at government subsidised prices of $70 per 10kg bag without travelling longer distances in violation of the country’s lockdown regulations.

It emerged during delivery on Sunday that some retailers were cashing in on the desperation by citizens through unethical demands.

In an interview, customers at Murehwa Centre called on government to deal with the profiteers who were hoarding the subsidised product for resell at $130 or more per 10kg bag.

Murewa deputy sheriff Dr. Marosi Zingwini, Sunday told NewZimbabwe.com he was more concerned about the profiteering tendencies than availability of the staple.

“Some shops are forcing us to buy other stuff first before buying mealie meal,” said Zingwini during delivery of a 30-tonne consignment by the millers group.

“Government should now supply the mealie meal to shops that are not taking advantage of the situation.

“They should promote those companies and refuse to distribute to such people.

“Crooks are giving us a problem here in Murehwa.

“Some of them would hoard and sell mealie meal on the black market and mines in Uzumba Maramba-Pfungwe.

“Government subsidised mealie meal is now available here. The only challenge now are these crooks.”

In some cases, GMAZ has opted to sell some of its mealie-meal directly to consumers, avoiding some unscrupulous retailers.

“We had been forced to buy on the black market since the lockdown was announced as shops would sell to vendors as soon as it was delivered.

“If they did not do this, they could hike the prices even by double, making it unaffordable for most of us,” said a woman who had just bought a 10kg bag of mealie meal.