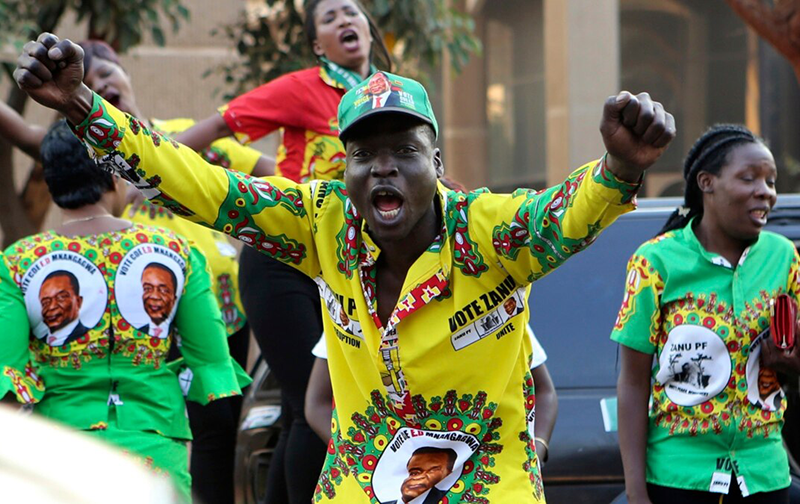 THE Zimbabwe Catholic Bishops Conference (ZCBC) has called on government to activate its state security institutions for thorough investigation of the politically motivated violence witnessed in Murehwa.

Only one suspect,  a 67 year-old, has been arrested since a video of Citizens Coalition for Change (CCC) supporters being flogged by alleged Zanu PF youths made rounds on social media last week.

In a statement shared Thursday, ZCBC, a powerful unit in the Roman Catholic church, said the age of those being abused in the video was one of the most disturbing things at a time they should be enjoying fruits of their independence.

“The most disturbing thing is that the violent acts are meted out against senior citizens, people who should be enjoying the rights brought about by our independence. What is more worrisome is that the violence captured in the video is politically related. A voice can be heard asking the senior citizens as to what a particular political party has done for them,” said the ZCBC.

“The people’s fundamental rights should be respected at all times. Citizens of this nation have rights enshrined in our Constitution. Among those rights is the freedom of choice, association and political rights.

“We would like to urge all parties to be responsible in their campaigns. Sell to the people your ideologies, and convince them with your arguments. As you do so, respect their choices. There is no citizen who should be intimidated or coerced, and worse still, be beaten to make a choice.”

The ZCBC said Zimbabwe had for long been plagued by contested elections and hope was that this year’s will be different.

Added the statement: “As a nation we have in the past seen a lot of violence around elections; let this election be different. The people of this country dream and yearn for a free, credible and fair election. It’s not the casting of ballots that ascertains that, it’s the environment we create before, during and after elections.

“It is therefore incumbent on the government, political parties, and all institutions that we create a level playing field. Equal opportunities should be given to all who want to participate in this coming election. There should be no fear or favour. Heinous violent crimes as the one captured on the ‘Murehwa video’ should be condemned by all parties.

“To curb nurturing such a culture we call upon the government through its various institutions to bring the perpetrators of violence to justice and may the victims of that violence be protected and given the necessary care.”

The CCC has blamed utterances by President Emmerson Mnangagwa and his deputy Constantino Chiwenga for an attack on its supporters , arguing their calls for opposition supporters to be killed, crushed like lice and be treated as sellouts are what have resulted in their members being targeted.

Zanu PF on the other hand has dismissed any association with those recorded on the video.