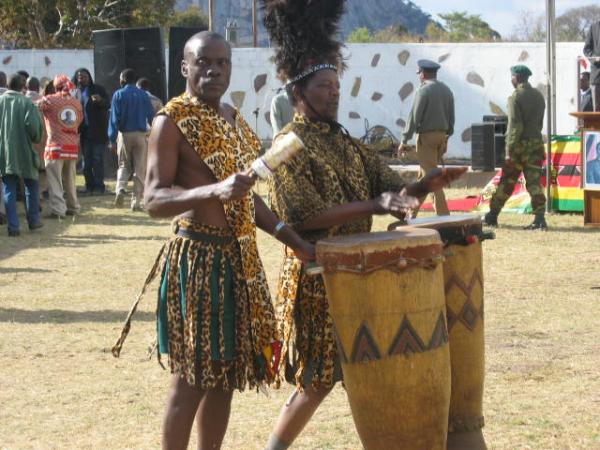 PREPARATIONS for the annual Jerusarema Mbende Dance Festival are at an advanced stage, the organisers, National Arts Council of Zimbabwe (NACZ) have announced.
The traditional festival will run from September 18 to 19 at Murewa Culture Centre.
“This year’s festival will run for two days with an array of activities pertaining to Mbende being lined up.
“On Friday the 18th, a Jerusarema Mbende dance competition will be held with 20 schools belting for the top ten for participation on Saturday the 19th.
“Apart from the schools competition, on Friday there will be an interactive workshop for traditional dance teachers themed Traditional Dance as Pivotal in Intangible Cultural Heritage (ICH),” said Cathrine Mthombeni, NACZ Communication and Marketing Officer.
On Saturday, traditional dance groups that will perform apart from schools include Angola Dance Troupe, Musapingura from Chipinge, Ngomadzepasi and Reshon Mbende Arts Laboratory.
Registered visual associations will also exhibit traditional food as well as instruments and costumes such as drums, mbira and rattles among others especially for Jerusarema Dance.
“NACZ takes pride in ensuring that the Murewa and Uzumba Maramba Pfungwe communities will greatly benefit from the Festival in accordance with its Festival Guideline.
“Some of the benefits include more than fifty percent of the participating acts coming from both communities as well as service providers,” Mthombeni said.
Mbende Jerusarema Dance was proclaimed a Masterpiece of the Oral and Intangible Heritage of Humanity with Murewa Culture Centre acting as the reference place for safeguarding purposes.
It is performed by the community of Murewa and Uzumba Maramba Pfungwe (UMP) in the North Eastern Districts of Zimbabwe.
The ancient fertility dance was called dembe or mbende, a Shona word for “mole” which signified fertility and hence the dance became very popular with the locals.
The Festival seeks to provide sustainable foundations for the transmission of skills to the younger generations and to promote awareness of the value of the dance as well as the importance to safeguard the Intangible Cultural Heritage.Advertisement