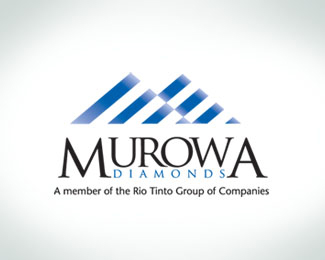 MUROWA Diamonds output fell by nearly 50 percent in the first half of the year, global resources giant Rio Tinto has reported after selling off its controlling stake in the mine last month.
Production for the half was 99,000 carats compared to 196,000 carats achieved in the first half last year.
Compared to the second quarter last year, the company’s output fell 55 percent to 48,000 carats.
The output is also six percent lower than the 51,000 carats achieved in the first three months of the year.
Rio Tinto, which held a 78 percent stake in the mine near Zvishavane, sold off its interest to RZ Murowa Holdings on June 17, said last Thursday that its share of production in the quarter was lower at 37,000 carats from 40,000 carats in the previous quarter.
The sale came after Zimbabwe’s government announced plans to nationalize all diamond mining, including Murowa.
The group still wholly owns Argyle Diamonds in Australia and 60 percent of Canada based-Diavik Diamonds.
Rio Tinto also sold off its holdings of 50 percent of the undeveloped Sengwa coal project near Gokwe. Sengwa, with an estimated coal resource of 1,3 billion tonnes, is the site of a planned 2,000 megawatt thermal power station – enough to meet Zimbabwe’s current peak electricity demand.
The sales on Murowa and Sengwa marked the end of Rio Tinto’s presence in Zimbabwe after 60 years of operating in the southern African country.Advertisement