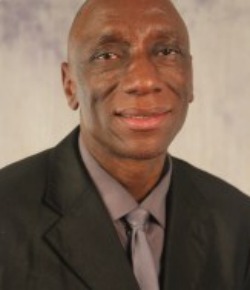 LONG-SERVING ZB Financial Holdings chief executive, Elisha Mushayakarara, will next month retire from the Zimbabwe Stock Exchange-listed group, the company confirmed this week.
Mushayakarara leaves the group after 20 years at the helm of the banking group, now one of the most diversified financial institutions of local stock market.
The former Finance Ministry senior secretary joined the former Finhold group in 1993, taking over from Leonard Tsumba who left to head the Reserve Bank of Zimbabwe (RBZ).
He helped steer the then Finhold through its crucial merger with the Intermarket group and was linked with the RBZ job following Tsumba’s departure in 2003.
Prior to returning to Zimbabwe and joining the Finance Ministry in 1981, Mushayakarara had worked in Zambia’s ministry of finance where he held a number of senior positions.
ZB Holdings said he would be replaced by current ZB Bank managing director Ronald Mutandagayi.
“We are pleased to announce the appointment of Mutangadayi as the new group chief executive officer with effect from 1 June 2013,” the bank said in a statement.
“(Mutangadayi) joined Standard Chartered Bank Zimbabwe Limited in February 1998 as company secretary and head of banking services, a position he held until April 2001.
“He left (Stanchart) to join NDH Holdings Limited as chief finance officer from where he joined Finhold in February 2004 as head of finance and risk before being promoted to his current position in September 2009.”Advertisement