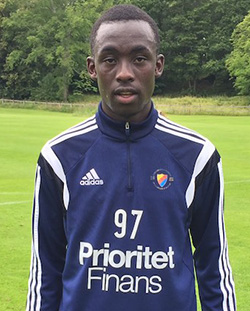 HARARE City forward Tino Kadewere sneaked out of the country for trials with Swedish league side Djurgardens at the weekend.
The Zimbabwe Under-23 striker had been named in the squad that was scheduled to play against South Africa in the first leg of the African Championships qualifier at Rufaro on Sunday with reports suggesting he had picked an injury.
However, it has emerged that Kadewera flew to Sweden at the weekend where he is undergoing a one-week trial stint with Djurgardens, which is also home to fellow Zimbabwe international, Nyasha Mushekwi.
The player’s manager Gibson Mahachi confirmed Kadewera was in Sweden and is also due for another two week trial stint in France with League 2 side Sochaux.
“Kadewera is in Europe. He flew out to Sweden at the weekend for trials with Djurgardens.
“He will be there for two weeks after which he will go to France where he will spend two weeks on trials with Sochaux,” Mahachi said.Advertisement