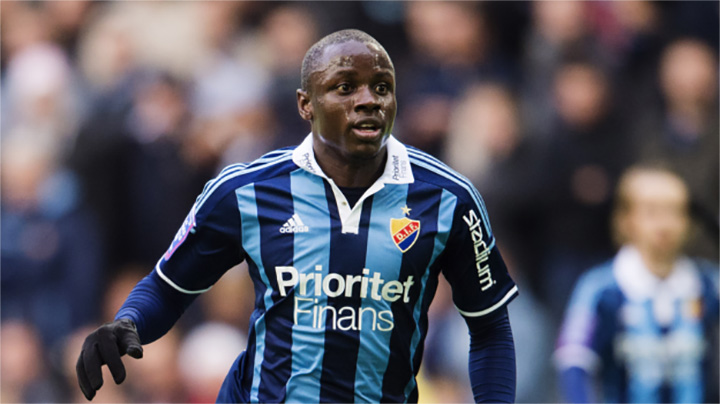 ZIMBABWE international striker Nyasha Mushekwi scored his first goal in the Chinese Super League to inspire his side Dalian Yifang to their first victory of the season in a 3-0 upset win over defending champions Guangzhou Evergrande on Saturday.

According to reports from China, the 30-year-old Harare-born forward was in top form as he created several opportunities early on and was eventually rewarded with a goal in the 24th minute, finishing off an assist from Argentinian Nicolas Gaitan.

Mushekwi went on to win a penalty just before halftime which was converted by Belgian star Yannick Carrasco as the Chinese Super League newboys went to the break leading 2-0.

Wang Jinxian completed the 3-0 victory for the host team several minutes before the end of the game.

Dalian’s coach Bernd Schuster was satisfied with the players’ performance.

“It’s a long-waited victory. Our players are becoming more confident step by step and I will make efforts to lift the team to a higher place,” Schuster was quoted by Xinhua after the game.

Dalian Yifang has, for the first time, moved away from bottom place and are now 15th (second from bottom) on the league table with 6 points from nine games.

Mushekwi is now enjoying regular game time under new Schuster after a slow start to the season in which he was surprisingly frozen out of the squad by former coach Ma Lin.

Yesterday the former CAPS United, Mamelodi Sundowns, KV Oostende and Djurgårdens IF marksman was making a third successive appearance for the Chinese Super League side with his return to the first team coinciding with Dalian Yifang’s positive turn of fortunes.

Mushekwi made his long waited Chinese Super League debut in style as he starred in Dalian Yifang’s 1-1 draw at home to Tianjin Quanjian recently and almost earned Yifang their first win in the top-flight league after scoring in the last minutes of the game, only to be denied by a controversial Video Assistant Referee (VAR) decision.

The Dalian Yifang fan favourite helped the team to get promotion from Chinese League One last season after scoring 16 goals and four assists.