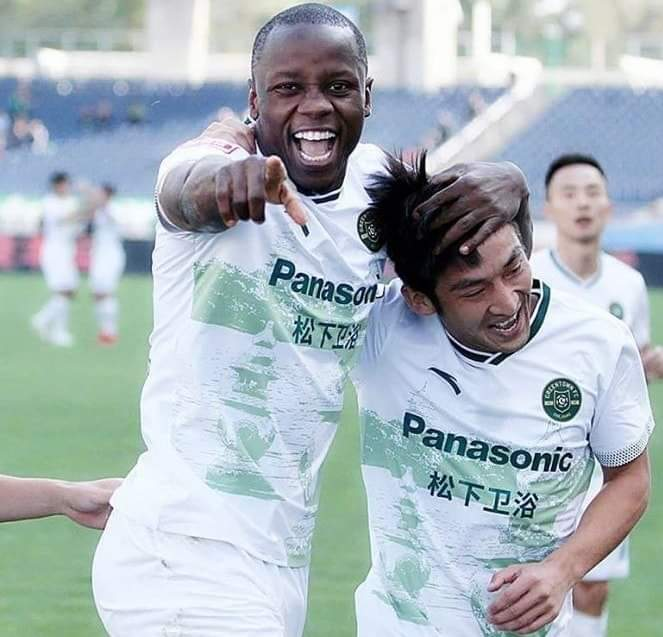 CHINA-BASED veteran former Zimbabwe Warriors forward Nyasha Mushekwi might now be approaching his mid-30s, but it seems like he is fine wine as improves his play with age.

The 34-year-old continued his fine season after scoring a late equaliser to help his Zhejiang Greentown side to a 1-1 draw against Jiaxing Liansheng on Friday in the Chinese League One.

The Zimbabwean forward hit the target in the 88th minute to cancel out the home side’s opener which was scored after the hour mark before they were reduced to 10 men.

Mushekwi’s goal meant he took his goal tally of the season to 18 goals in 22 appearances while he also moved four goals clear at the top of the Chinese League One top score charts ahead of German-born Kingsley Onuegbu who has 14 goals.

The former CAPS United forward has been in brilliant form for Zhejiang Greentown in recent weeks, having now scored for his club in his last three successive matches.

His goals are the reason why his club is currently in contention for promotion to the Chinese Super League at the end of the season.

Zhejiang are third on the Chinese League One table with 52 points from 24 games, six points behind log leaders Meizhou Hakka who are on 58 points after 24 games.

The top two teams gain promotion to the Chinese Super League while third and fourth head into promotion play-offs.

Mushekwi, who has also played in South Africa, Belgium, and Sweden, is reported to be one of the best-paid players in China’s second-tier league.

The towering striker bought a state-of-the-art 45-seater luxury coach believed to be worth US$120 000 for his former team CAPS United in November 2019 as a token of appreciation for his successful football career that’s taken him to South Africa, Europe, and the lucrative riches of Chinese football

Mushekwi retired from international football after the 2019 African Cup of Nations (AFCON) finals in Egypt two years ago.