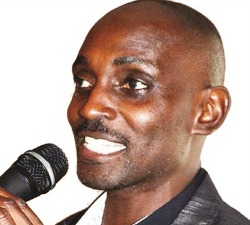 ZVISHAVANE-BASED commercial radio station, YA FM 91.8, Saturday, had its studios stoned and property damaged, when local music fans ran amok after a Soul Jah Love concert organised by the station reportedly flopped.
Soul Jah Love, real name, Soul Musaka, is currently topping the charts with his hit song, Pamamonya Ipapo.
He took to the stage in the early hours of Saturday and minutes into his performance the sound system is said to have developed problems forcing him to leave the stage in a huff.
A few of the disgruntled fans then took matters to their own hands and started throwing missiles on to the stage. They then proceeded to stone the radio station’s studios which have glass fittings.
In a statement circulated on social media application, Whatsapp, the station owner Munyaradzi Hwengwere admitted the firm’s shortcomings in the organisation of the event.
“We regret this incident that took place this morning (Saturday) where some of our disgruntled patrons to the Soul Jah Love show vented their anger on our studios, resulting in the destruction of property worth thousands of dollars,” said Hwengwere.
“We accept responsibility because we could have done better in providing first class equipment.”
Hwengwere said a peace concert is on the cards which will feature some of the country’s prominent musicians.
Music concerts featuring Zimdancehall musicians have often turned violent.
In September 2015, the station was temporarily taken off air after baboons chewed off some of its transmission cables. Advertisement