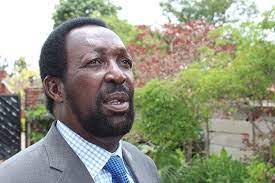 LEGENDARY musician Zex Manatsa has been diagnosed with cancer and is currently undergoing treatment to manage the condition, New Zimbabwe.com can report.

Manatsa made the announcement Thursday on his official Facebook page.

“My wonderful family, friends and fans, today I would like to let you all know that I have recently been diagnosed of a cancer known as Multiple Myeloma,” Manatsa posted.

According to the American Cancer Society, multiple myeloma is a cancer of the plasma cells and starts when the cells become cancerous and grow out of control in the bone marrow.

The overgrowth of plasma cells in the bone marrow can crowd out normal blood-forming cells, leading to low blood counts.

This can cause anemia – a shortage of red blood cells where people affected tend to become weak and fatigued; increased bleeding and bruising among several other effects.

However, the Tii Hobvu hit maker said he is receiving medical support from a team of specialists.

“With the guidance from medical professionals and the support of my family, I am currently undergoing treatment to manage the condition,” he said.

Manatsa further indicated that he has been spending more time with his family while undergoing treatment.

The development comes at a time when reports emerged in May that Manatsa has been battling arthritis as old age takes its toll on him largely induced by injuries from his 1987 car accident.

Tendai Manatsa – son to the legendary icon confirmed that his father “has been unwell for the last few months.”

The legendary star received comforting feedback from his legion of fans wishing him a speedy recovery.

“We pray for all the therapies and procedures of treatment to go on well. We pray for speedy recovery,” said Leon Tongayi Zvimba.

Manatsa launched his musical career in 1959 in Mhangura, at the age of 17 years. His yesteryear hit tracks titled Chipo Chiroorwa, Bambo Mwakwatila, Mwana Waenda, Vaparidzi Vawanda, and Tii Hobvu to mention but a few, remains his biggest songs to date among his vast catalogue of successful chart busters.