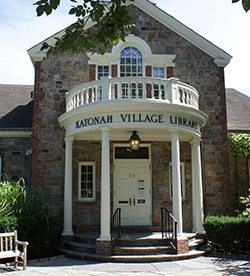 NEW York’s Katonah Library has announced plans to host a ‘Music of Zimbabwe’ evening with author Banning Eyre and ethnomusicologist Tendai Muparutsa in June.
The pair will perform songs and Eyre will talk about his new book, “Lion Songs: Thomas Mapfumo and the Music That Made Zimbabwe,” his fifth book about music on the African continent.
Eyre previously has written “In Griot Time: An American Guitarist in Mali,” “Playing with Fire: Fear and Self-Censorship in Zimbabwean Music,” and “Guitar Atlas: Africa,” and co-authored of “AFROPOP! An Illustrated Guide to Contemporary African Music.”
‘Lion Songs’ covers Thomas Mapfumo, who created a new genre in the face of government oppression. He continued to perform Chimurenga, or “struggle” music, after being jailed by the Rhodesian government.
After Zimbabwean independence in 1980, Mapfumo continued to speak out, seeing his profile rise in the face of Robert Mugabe’s oppressive government.
As Mugabe was a hero of the Zimbabwean revolution, Mapfumo started receiving threats and moved to Oregon in 2000, where he resides to this day with his family.
Muparutsa is currently Artist in Residence in African Music Performance at Williams College, and holds degrees from the University of Zimbabwe, University of Idaho and the University of Alberta.
The show will be held on the 5th of June.
Tickets will be available at the door starting at 7 p.m., and are $15 for adults and $10 for students and seniors.Advertisement