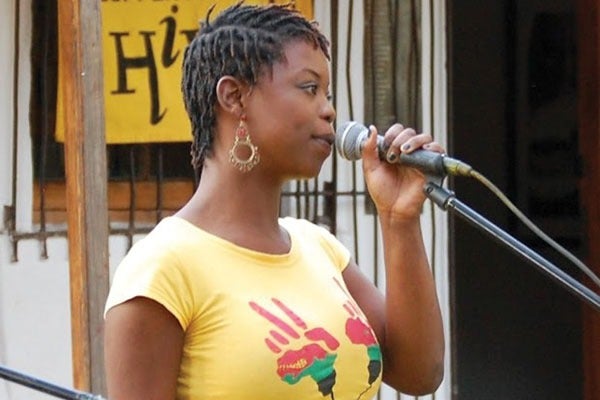 LOCAL female artist Pauline Gundidza said vulgar artists and their dirty lyrics are surprisingly getting better airplay on radio than their conservative counterparts.

In an interview with NewZimbabwe.com, Gundidza said some of the songs being played actually violate the rights of women and children.

“Some of the music you play is very silly that actually violates women’s rights but surprisingly there get so much airplay.

“This is so demoralising imagine after having put so much effort into a song that can improve the life of local communities.”

Pauline who rose to fame in 2003 when the Urban Grooves music took the country by storm is now a mother of two girls aged 14 and 9 years.

She is currently writing a song urging government to give sanitary wear to girls for free.

“Free pads should be available at all schools and distributed to girls each time they start menstruation when they are at school and the song calling upon the government to do that will be released soon,” Gundidza said.

“But we are now appealing to all broadcasters to give these songs much airplay, because music appeals to many listeners and stay in their heads.

“We are very willing to do advocacy songs sometimes. We will approach women’s organisations so they can use us as ambassadors to get through to the people through music.”

She added: “Give us the message and we will take it out there, workshops and workshops may not have that impact but music is something that gets into someone’s head and it’s a very powerful weapon.”

“However, we are not being fully utilised, so I am offering on behalf of other fellow female artists, to give us the message that we should run with.

“Whatever the issue affecting the women and I can write a song about it every month and release it and we make sure that on every platform we people are gathered those songs must be played,” said Gundidza.

“We have been talking and talking but with no change lets now try to use music. The issue is not about money first, but we can still negotiate and meet halfway because we are doing it as sisters.”