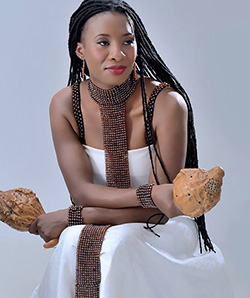 GOSPEL artiste Fungisai Zvakavapano Monday convicted for causing a road accident which left four vehicles damaged and injured one person.
Zvakavapano who pleaded guilty to negligent driving and will know her fate Tuesday when a Harare magistrate Ruramai Chitumbura is due to deliver sentence.
The musician admitted that she was speeding when the accident and pleaded for court’s leniency in passing sentence saying she was a breadwinner and a married mother of three children.
She also told court that, through her career, she is a role in the society and part of an organisation which caters for vulnerable children.
According to prosecutor Isheunesu Mhiti, Zvakapano failed to drive properly while overtaking and hit a vehicle which was on the outer lane when she was driving along Leopold Takawira due north recently.
Her negligent driving also included driving too close to another vehicle, failing to stop or act reasonable when a collision was imminent and failure to keep a proper look out.
On the day in question, court heard that Fungisai was driving too close to a vehicle which was being driven by one Onias Kapuranyika.
Zvakavapano failed to keep a proper look out while overtaking and hit a vehicle which was being driven by Kudakwashe Makwara on the front wheel.
Suddenly, she lost control and hit Kapuranyika’s vehicle on the rear left side.
One Patrick Zimbiru, who was driving behind Zvakavapano, then rammed into her vehicle leaving both cars damaged.Advertisement