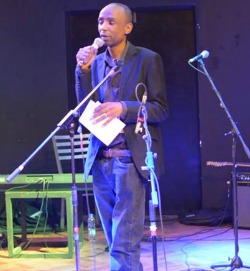 WITH a career spanning close to 30 years in the music industry Clive Mukundu said he was treated for sexually transmitted infections (STI) twice and that made him realise that if he does not change his behaviour he was going to die young.
What was needed for him was serious behavioural change.
The renowned musician and music producer known as ‘Mono’ said most musicians have one “great weakness”.
Once money starts flowing in, instead of investing they think of sleeping with many women and that having many concubines is heroic.
“Musicians are travellers and always on the road, and most of the time they are away from their wives,” said Mono in an interview in Harare.
“But if you check most late musicians in the country they did not die of accidents but sexually transmitted diseases,” he added.
“When everything is your way in showbiz, sometimes it seems like you will remain on top forever,” he said.
“You will see women falling for you and you brag thinking you are the best thing ever to happen to women and music.”
He added, “Having nearly 200 shows a year that can mean sleeping with a considerable number of women as well. And the musician can one day be found wanting without protection (condoms).”
Mono warned the musicians about women whom he called ‘Groupies’ who are well known for dating musicians “only”.
“The Groupies sometimes they don’t need your money but target musicians after every show for sex. Some brag that they have slept with nearly all bassists, drummers, lead guitarists of all bands in the country.
“If you ask bar men and ladies they will tell you this whole story because they have seen many musicians being victims,” he said.
“Some of these women will be on medication, but very beautiful and attractive that no simply band member can resist such as woman.”
“But today it’s you tomorrow it’s another artiste.”
Mono also advised fellow musicians about investment and romance.
“Instead of concentrating on buying expensive and lovely things for show off, every time you go on tour buy essential things as well as save,” he said.
“Romance among band members should never happen, never do that because if you have a fight this affects the smooth running of the band.”
Mono has worked with some of the country’s finest musicians like Oliver Mtukudzi and the late mbira queen Chiwoniso Maraire.Advertisement